Tillage management: How can you control BYDV and aphids?

Barley yellow dwarf virus (BYDV) has become a major talking point in Irish cereal production in the past number of years.

The severity of the virus varies with location and weather. Coastal regions, which tend to be milder, are often worst affected.

Control of the virus is becoming increasingly difficult, as resistance to pyrethroids (types of insecticides) is becoming evident.

The use of Redigo Deter seed dressing has played an important part in controlling the spread of the virus, in winter crops, in recent years. However, this seed dressing is now under threat from the EU and will be voted on by the end of 2017.

An added advantage of the seed dressing is that in a wet season, like we are having at present, farmers have a protection measure against aphids on their crop.

From the minute it is planted, the crop is protected and there is no need for farmers to travel with a sprayer.

Where grass weeds are a problem and a pre-emergence herbicide spray is needed, the seed dressing saves a second pass with an aphicide application.

The picture below shows a Teagasc trial site in Co. Cork this year. The yellow areas are untreated and are infected with BYDV, demonstrating the effect that the virus can have on a crop. 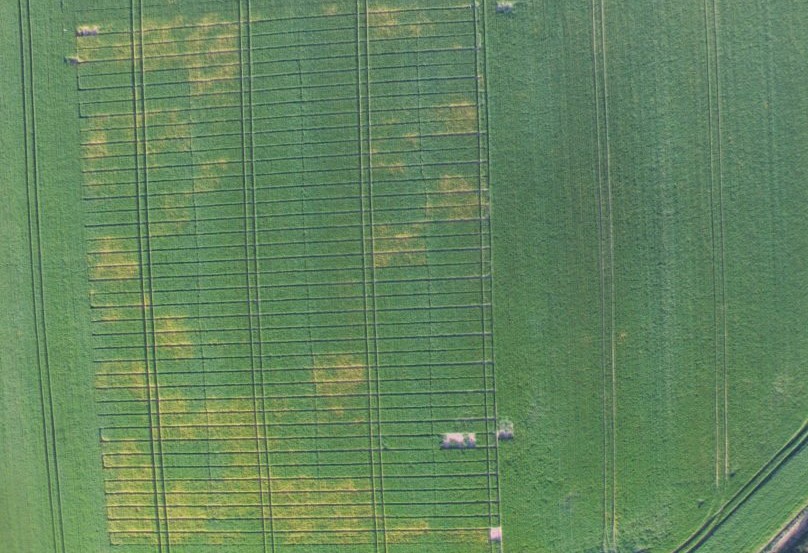 The table below shows the level of infection, in a Teagasc trial, in untreated and treated crops in Carlow and Cork. This gives an idea of the severity of the infection inland and on the coast.

Crops most at risk are those sown early (September) and may require both a seed dressing and a pyrethroid spray.

October-sown crops are considered to be at medium risk. If sown in mid-October the seed dressing will last 6-8 weeks. At the end of this period temperatures should be low enough to avoid aphid flight.

Late-sown crops (November) are low risk but should be monitored for aphid activity.

Our advice this year is essentially the same as last year. We haven’t lost any chemicals and we haven’t gained any either.

McNamara stressed that farmers need to be aware of the different BYDV pressures in different regions and need to treat their crops accordingly. She stated that farmers along the coast are in a much higher risk area than those inland.

* Where a pyrethroid fails, Dimethoate should be considered (wheat only).

Glyphosate: 'The critical issue is the vote by the member states'

A record 1,880 veterinary medicines authorised in 2020