Glyphosate: ‘The critical issue is the vote by the member states’

Following yesterday’s news that the European Parliament voted to back a full ban on glyphosate-based herbicides by December 2022, member states are scheduled to vote on a proposal for the renewal of the approval of glyphosate for 10 years today.

Despite yesterday’s vote – which saw 355 MEPs voting in favour of a ban, 204 against and 111 abstentions – the Minister for Agriculture, Food and the Marine, Michael Creed, believes that the critical issue is the vote by the member states.

As well as voting in favour of a full ban, the parliament was of the opinion that the EU should draw up plans to phase out glyphosate – starting with a complete ban on household use and a ban in use for farming when biological alternatives work well for weed control.

Speaking to AgriLand, Minister Creed said: “Whilst I don’t wish to diminish the view of the parliament in any way, the critical decision will be taken by member states voting on the commission proposal – which we support.

We hope that that will get through. It’s a critical input – managed obviously under appropriate conditions it’s a critical management tool for the tillage industry in particular.

“We do hope that the commission proposal will be supported.”

The current approval of glyphosate expires on December 15, 2017. Member states will cast their individual votes at the Standing Committee on Plants, Animals, Food and Feed today.

The proposal made available to member states for this meeting is identical to the one already discussed on October 5, 2017, according to the commission.

Commenting on the prospects of today’s vote, McGuinness said: ““It’s hard to predict how it will go at this stage. I would have some concerns myself that this indicates a policy shift away from plant protection products generally. We have voted on sustainable use and towards the training of farmers and we’ve done all the right things.” 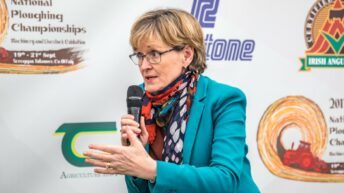 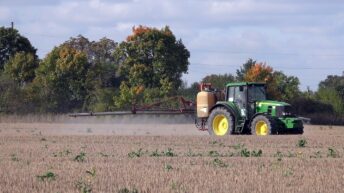