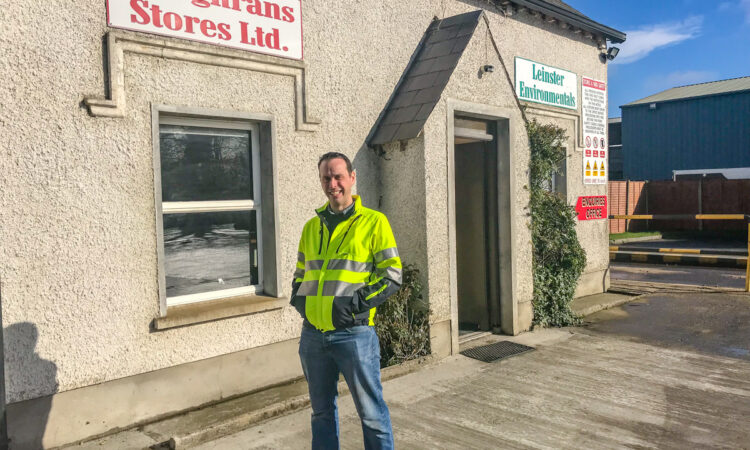 Co. Louth was once a hive of breweries and distilleries, which were largely supplied by malting barley from the surrounding region. Harp lager was possibly the most famous product of the region and was brewed at the Great Northern Brewery.

As ‘Harp’ production moved to St. James’s Gate the area of malting barley grown in the region reduced. It has been almost 30 years since any significant acreage of the crop has been grown in the area.

James Loughran, of Loughran Stores, is making it his mission to bring the crop back to the north east. No stranger to the industry he runs Loughran Family Malt, using grain grown mostly on the family farm, to produce malt and also provide a range of ingredients to craft breweries in Ireland. 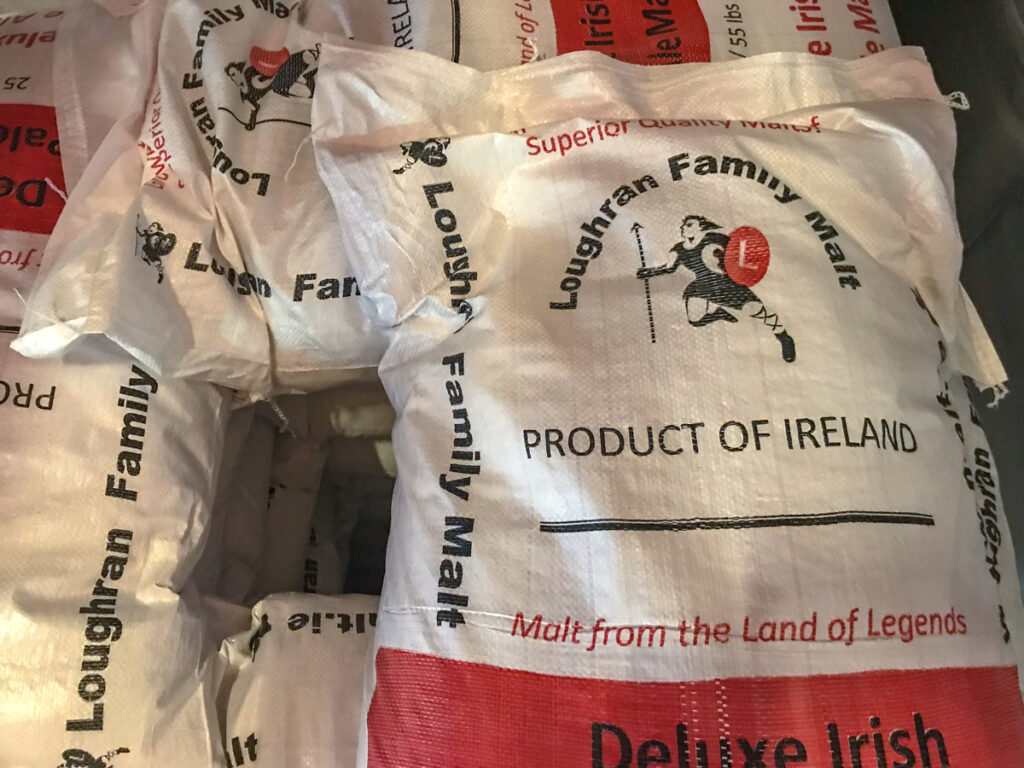 This business grew from Loughran Stores – founded in 1979 by James’ father Anthony – which is a grain intake, feed mill and agri-merchants.

James is passionate about the sector and views malting barley as a value added crop which can provide a greater return for the grower and make tillage a competitive enterprise.

Last year’s crop delivered to Loughran’s came from counties Louth, Meath and north Dublin. Although it was a difficult year James was happy with how the project began.

We weren’t unhappy with last year, given the year that it was. Yields were on a par with feeding barley. There was no yield penalty for malting barley. Proteins were acceptable – more or less – and it was more profitable.

“The vast majority passed for malting. The average was about 11.3% protein. We were pretty happy with it. We had an odd load for distilling – not much.

The plan and the indication is that we’ll triple the area [in 2019] and we’ll have about 1,000ac going in this year. In the scheme of things it’s small, but for us it’s relatively significant.

James added that growers are cautious about growing the crop and at times he has found it challenging to show growers the benefits of having the crop in their rotation.

“A significant challenge has been convincing growers to give us a fair shot. A lot of people in this area would have had a bad experience with malting barley in the late 1970s and 1980s. Surprisingly for me, people still have a strong recollection of that.”

James is making every effort to provide farmers with agronomy advice in order to meet specifications and Joe Conroy – Conroy Agricultural Consultancy – will provide agronomy advice and help with field selection and nutrition planning where growers wish to avail of his services.

Gerard Tuite is based in Clogherhead and grew malting barley last year for Loughran’s Stores, having stopped growing the crop many years ago.

Gerard’s main business is potatoes. He has some new season Queens planted and hopes to dig that crop in the middle of June.

Gerard explained to AgriLand that he sees it as a fairly low risk option for his rotation as it has the potential to deliver more on price than feed barley. However, he did admit that he would like to see more foundations under the price.

“We grew malting barley here years ago so I said why not grow it and it turned out to be more profitable,” Gerard explained.

Meeting specifications is a worry for Gerard, but in previous times he said this was not a big issue.

“We always grew malting barley here on the same type of land and it always passed.”

In simple terms Loughran’s Stores acts as a Boortmalt supplier and agrees to supply a certain tonnage to Boortmalt. Loughran’s will also dry, screen and store the barley for Boortmalt.

This tonnage is gathered from the farmers supplying Loughran’s. Grain price will be the same as with any other Boortmalt supplier and Loughran’s will make any price offers – made by Boortmalt – available to growers.

The only stipulation is that growers sign a contract and plant Boortmalt seed. If a growers’ barley doesn’t pass they will not be penalised.

“Whatever deal the Irish Farmers’ Association [IFA] and Boortmalt hammer out our growers get. We don’t skim any of it off. At present it’s the average of the FOB Creil.

For example, Loughran’s fixed a certain tonnage at the offer of €230/t and some of this tonnage is still available to growers.

Barley will undergo the same testing as in any other Boortmalt intake and this will be carried out by Boortmalt staff.

“Boortmalt makes the call on whether it passes or fails. If it passes then that’s great. If it fails it’s entirely up to the grower what happens next.

“They can choose to sell it to Loughran’s Stores, take it home or sell it elsewhere. There’s no obligation on the grower to sell anything. We will pay a leading price if it’s feeding barley.”

Passionate about the tillage industry

James has an ultimate goal of making tillage a viable sector in his region and he thinks growing malting barley can help to increase farmer’s profits.

“Our goal is to put as much money into the growers’ pockets as we can by making sure as much of their barley acreage that they’re willing to give us goes into malting barley and as much of that passes for malt as possible at the best yield and with the lowest cost of production.

I don’t want to see the tillage industry dying out or being decimated.

“If we don’t collectively, as an industry, get behind these things and push to try and figure out new ways of adding value to what we produce and grow premium crops, we’re not going to be able to compete with, ultimately, dairy and all of the other challenges that we’re facing.

“We as an industry can’t carry on just growing barley and wheat to feed to cattle, pigs, sheep and chickens. We need new strings to our bow, because this is not going to survive.” 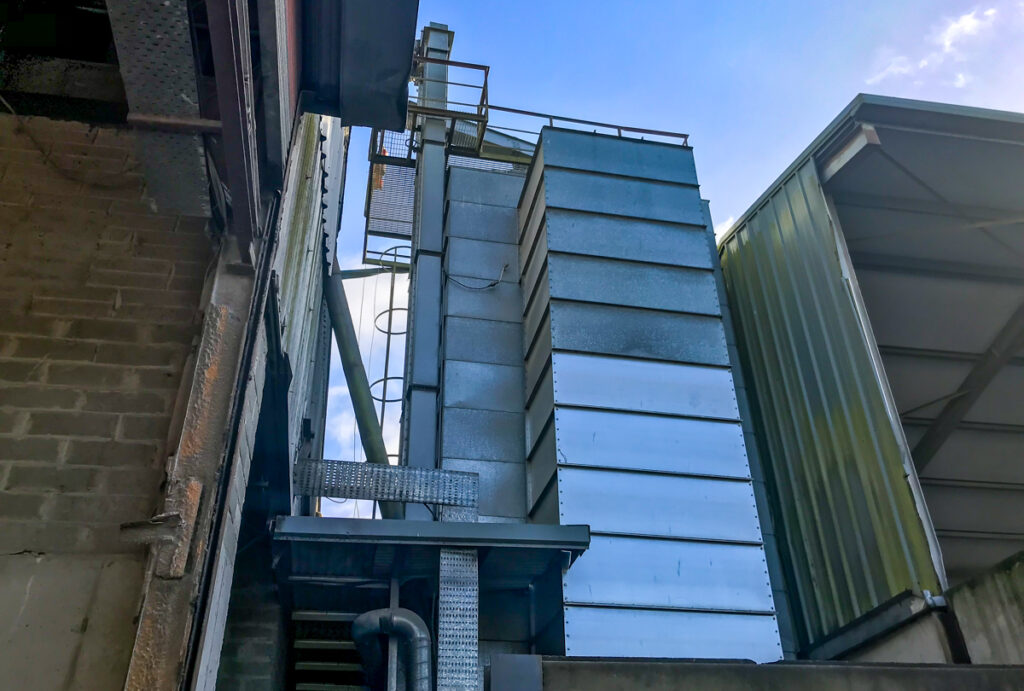 James added that this agreement with Boortmalt is a step in the right direction: “We’ve an opportunity locally in the north east to capture some of the value the distilling and brewing industries are putting back into the economy.

What we’re offering is not a perfect solution, but it’s an improvement on the status quo and if we can move one step forward this year and another next year then we’re gaining ground.

Brexit will be a challenge. In the event of tariffs and duties the north-south trade dies effectively.

“In a non-tariff situation the barriers become administrative and we were doing that in the 1980s and early 1990s. I still remember trucks filling in customs paperwork. You wouldn’t see a truck in here after 2:00pm because they wouldn’t get home.

“It’s nothing we haven’t done before and we’re familiar with it. It would be a barrier, but a manageable barrier as long as there are no tariffs or duties,” he concluded positively.

James sees malt as a sector which can withstand some of the challenges of Brexit. As he says demand for malt will remain robust. 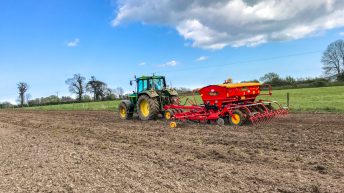 Drinks companies need to back the Irish grain farmer – IFA