Tillage farmers may have planted more winter barley than ever before 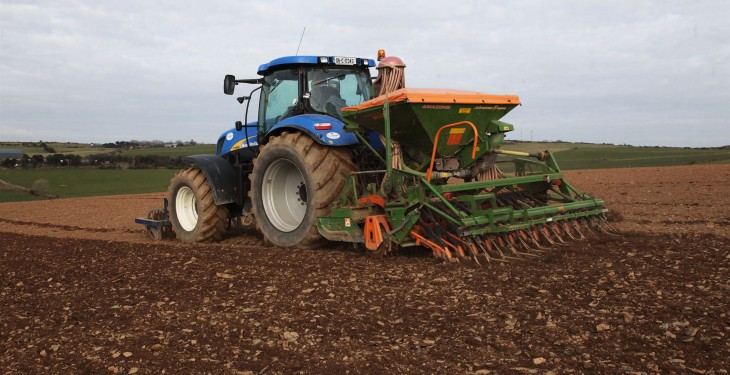 There have been some significant shifts in tillage farmers winter cropping choices, with barley the crop of choice on many farms according to Teagasc.

It says similar to last year, the autumn of 2014 has been very favourable to farmers for drilling winter crops. Consequently, the area of winter cereals is estimated by Teagasc to have risen slightly for harvest 2015 to 138,000ha.

However, Teagasc says within that overall figure, there have been some significant shifts in tillage farmers winter cropping choice.

It says the area of winter barley continues its upward trend to an estimated 75,000ha.

Teagasc says if this figure is borne out in final crop declarations, it will be the highest winter barley figure of all time in Ireland.

It says the reason for this trend of increasing drillings by tillage farmers of winter barley is due to a combination of factors which include: its reliable performance relative to alternative crops in recent years and now the impending 2/3 crop rule.

Meanwhile Teagasc says the area of winter wheat, despite an excellent year in 2014, has fallen significantly, especially in southern counties. The area of oilseed rape has also fallen due to its relatively poor performance over the past three years, Teagasc estimate.

According to Teagasc winter crops have enjoyed relatively good conditions since drilling, except some later drilled wheat crops that have suffered from wet weather in November.

It says it has been an excellent autumn for plant establishment with the majority of crops having very high plant counts.

Winter barley crops are quite advanced (gs 23-24) while winter wheat crops are generally at gs 13/21. Winter oilseed rape crops have established very well with many having achieved GAI’s (Green Area Index) over 1.5, which may present opportunities for significant nitrogen fertiliser savings in the spring. Indeed some rape crops have had measured GAI’s of greater than 3 this autumn.

Teagasc said there have reasonably sufficient opportunities for weed and aphid control and the majority of crops are now sprayed, except later drilled crops and heavier fields.