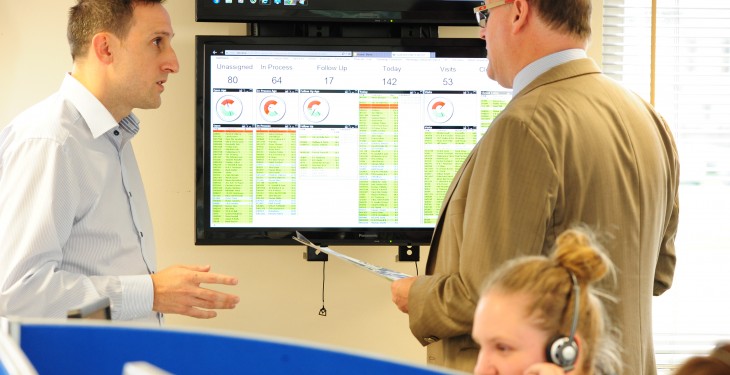 Efficiency in a broad sense will be a vital force for farmers to deal with price volatility, according to Keenan Chairman Director Gerald Keenan.

Speaking at the official launch of InTouch AgriTech, Keenan, Gerald outlined how this recent swing in commodity prices will be a feature of future global markets and that farmers must make effective use of what they can control.

He said banks in particular will be very interested in what happens.

“So they have this dilemma. How do they lend into this situation.”

According to Keenan efficiency in a broad sense will be vital.

He says the work currently being done by Keenan is one volatility plan that can be managed by both farmers and their advisers. Improved feed performance he says can have a positive impact on milk yield from the same number of animals and improved beef quality assurance.

According to Keenan banks haven’t identified feed efficiency per say just yet, particularly because feed efficiency historically hasn’t been recognised as an area of opportunity.

“But it is very much an area of opportunity,” he stressed.

“It offers an opportunity for a plan for the banker. Plan that can be brought to the bank and banks are realistic. This is not a quick fix. This is improvement over one two three four years.”

Gerard Keenan made reference to the improvements that their customers are achieving through InTouch AgriTech in feed performance and how the results are safeguarding them against continued volatility in the market.

“We know for certain that the average dairy cow can produce 1,000 litres with little or no more feed than she currently eats. They can achieve this within 3 years. And 500 litres of this can be done within one year.

“On an individual 70-cow farm producing 350,000 litres an additional 1,000 litres will generate €20,000 income after costs of InTouch AgriTech. That’s the same as 6c gain on current milk yields of 350,000 litres. It’s a long way to being able to cope with volatility swings. And it’s a plan the farmer can bring to his bank manager.”