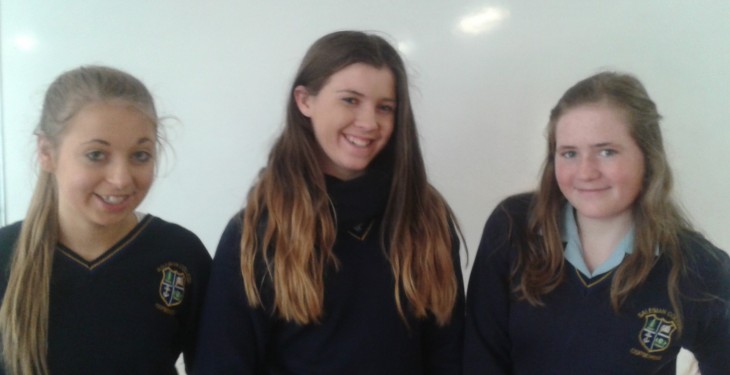 A group of students from Salesian Secondary College, Pallaskenry, Co. Limerick, is exhibiting at the Young Scientist a project to see if music near a fowl coop works as a deterrent to foxes.

The girls came up with the idea after reading articles last spring about the number of foxes having risen in Ireland.

Students Sarah Heavenor, Rachel Judge, Hollie O’Connor are good friends and while at each other houses one day, the laying hens from Sarahs coop were missing presumed to have been taken by a fox as feathers were found in the nearby fields.

Their teacher John O’Flynn said Sarah was distraught as her fowl were taken along with turkeys, which had happened after the fowl coop had been moved from the field beside her house to a more open field during the fine weather.

The girls came to the conclusion that the area in which the coop was pitched was too quiet and isolated and if there had been some activity and noise around it the fox would not have ventured courageously near the coop as they are a wild animal.

A night vision camera was set up outside the coop with the a batch of new laying pullets inside and it was recorded by the camera that the fox was coming close to the hens and as he was doing so was listening very carefully for noise and movement.

The Young Scientist students purchased an oven-ready chicken from the local supermarket and placed it outside the coop and recorded the fox approaching and taking it.

This was repeated several times to get an accurate insight and result their Young Scientist project says.

Then this was repeated while playing music softly from a radio beside the coop. It was recorded that the chicken remained untouched the nights in which the radio was being played. The students concluded that by having some noise or music near the coop, the fox was not interested in approaching and taking the chicken as he was wary of who may be around the coop because of the noise coming from it.

As a result Sarah and her hens are happy and content, and the Young Scientist project known locally as ‘The hen party’ will be a hit in January with the judges.