Hundreds of farmers have already made their way through the doors of this year’s Royal Ulster Winter Fair and thousands more are expected before the end of the day.

In 2016 more than 6,000 dairy farmers attended the one-day event, and this year around 150 cows have been entered for the show classes.

Despite weather concerns, a mild day beforehand melted much of the snow covering the grounds outside Lisburn.

The place to do business

The mood is upbeat at this year’s show with the high milk price and many farmers out looking for inspiration for the new Tier 1 grant.

There’s certainly plenty to catch farmers’ eyes among the 220 stands at this year’s Winter Fair. Traders this year include a mix of machinery dealers, consumable products and the latest dairy technology.

Live hoof trimming and calf rearing demonstrations have also been drawing in the crowds, while for others the main attraction is the showring overseen this year by American Hank Van Exel – a former World Dairy Expo Dairyman of the Year. 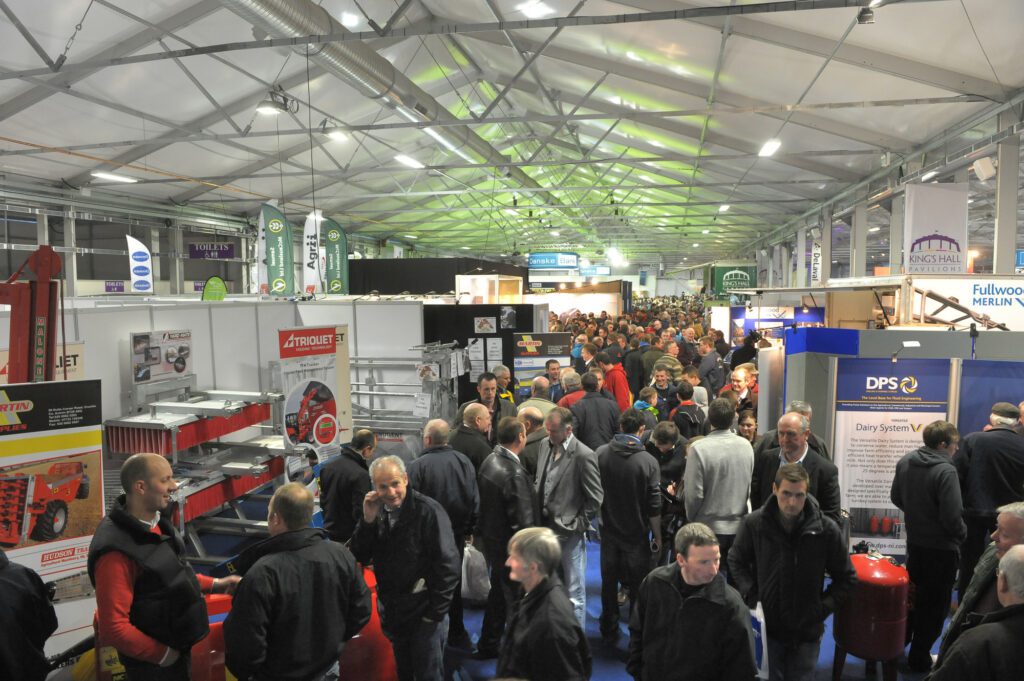 The Winter Fair at its old King’s Hall site

It’s the third time the society’s winter flagship show has been held at Balmoral Park.

His replacement is expected to take the reins of the society in time for Balmoral 2018.

It follows just days after Allams became the last agricultural show likely to take place at the King’s Hall showgrounds.

Around a dozen exhibitors from the Republic of Ireland have made their way up to the show.

Last year Wexford man Philip Jones’ victory marked the third time in a row that the overall championship had been won by a southern breeder.

Embrace was imported as an embryo from Canada by Limerick Holstein breeder Martin O’Sullivan.

Classes are expected to take place as follows: