This week’s FarmLand: The trade at Tuam Mart; plus the Moylett brothers’ new grant-spec sheep sheds… 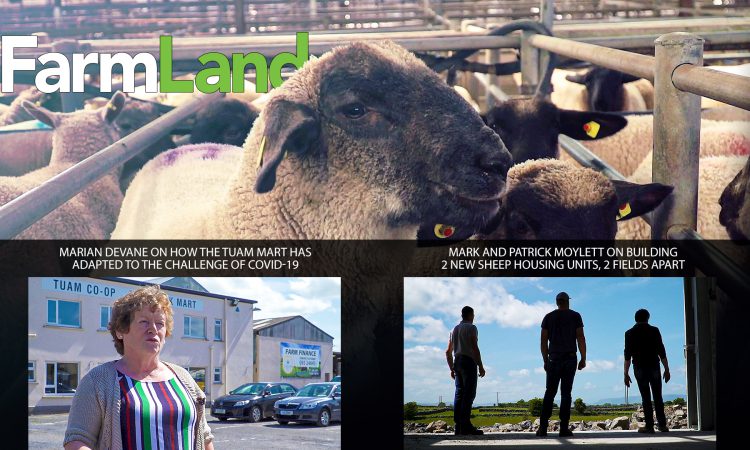 On this week’s FarmLand, we take a look at how Tuam Mart has adapted to the challenge of Covid-19; plus, we speak to two brothers who have recently two new grant-spec sheds for their flock of ewes.

Covid-19 has caused major disruption for livestock marts across the country. Typical live auctions have been suspended due to health and safety fears and so, tender and online sales have become the “new normal” for farmers to trade their stock.

AgriLand‘s Michael Geary spoke to Tuam Mart manager, Marian Devane, to find out how the mart has been operating since the pandemic broke and what the trade has been like for sheep.

Marian also gives some colourful insights into the history of Tuam Mart which will celebrate its 60th anniversary next year.

On this evening’s show we also hear from brothers Mark and Patrick Moylett who, up until now, had been housing their flock of ewes in an old sheep shed that was built many years ago.

Last year, they decided that it was time to upgrade their housing facilities. They built two new sheep sheds to house each of their respective flocks of ewes.

Mark, who farms part-time, built his new housing facility beside his house – which is just over the road from the Moylett’s farmyard.

Patrick, who is farming full-time, built his new sheep shed beside the existing housing unit on the home farmyard that was built over 30 years ago.

AgriLand‘s Michael Geary spoke to the Moylett brothers, and to the contractor involved in the building of the units, to get an insight on how they have been running the farm since they took it over in 2015 and to find our their views on the new housing facilities.

Stay tuned to FarmLand every week as we aim to bring you all the latest farming news and know-how from across the country and across the sectors.

You can also listen to the audio from FarmLand (on a podcast) by clicking on this link. 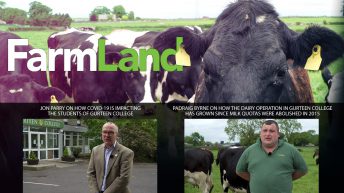 This week’s FarmLand: How are agriculture colleges and students adapting to Covid-19?