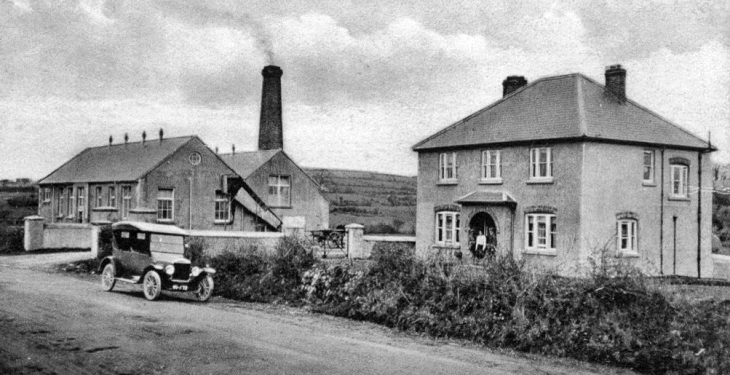 Much has been spoken about the 2014-2015 milk price crash, which has seen farmer returns fall by as much as a third.

But it’s worth looking back on a previous Irish milk price crash which saw milk prices fall much further and changed the Irish dairy industry forever.

The story starts with the beginning of the co-operative movement in Ireland.

The co-operative movement took hold very fast in the dairy industry – spurred on by new technology, which had been developed in Denmark, and revolutionised the production of butter.

While the technology was relatively cheap, individual Irish farmers could not afford it and most formed co-ops to process their milk collectively.

Markets for butter were relativity buoyant in the early 1900s and the idea of producing a product of consistency and quality caught on very quickly.

So much so that in certain parts of the country there were co-operative creameries at every crossroads separating the milk and churning it into butter.

An explosion of co-ops was seen throughout Ireland in the early 1900s. Every parish wanted its own creamery.

The creameries thrived during the great war. In Europe, agricultural production by virtue of the war came to an effective halt.

All technology and resources were diverted into the war effort. In contrast to the rest of Europe, Ireland was in a position to supply the demand from mainland Britain for butter.

In those days agricultural dairy co-operatives thought they would never see a bad day.

Unfortunately, the dairy co-op boom came to an inglorious and unhappy end with the ending of the war.

Looking at industry today many feel that milk prices have fallen significantly in recent times from a peak of 38-39c/L in 2014 to 25-26c/L at present.

But, between 1914 and 1919 the price of milk went from 12 (old) pence a gallon down to 4 pence a gallon – volatility on a scale far greater than we are suffering today.

The consequence of the milk price fall was that thousands of co-ops were not able to continue in business.

This was due to them having huge difficulty in collecting the credit they had extended to all and sundry over the previous years and, of course, in turn they owed money to the banks themselves.

A more longer-term consequence was the bad name co-op movement got on the back of the crash. With their future development effected for many decades after the crash.