‘The policy on national emissions targets is not working’ – Colm McCarthy 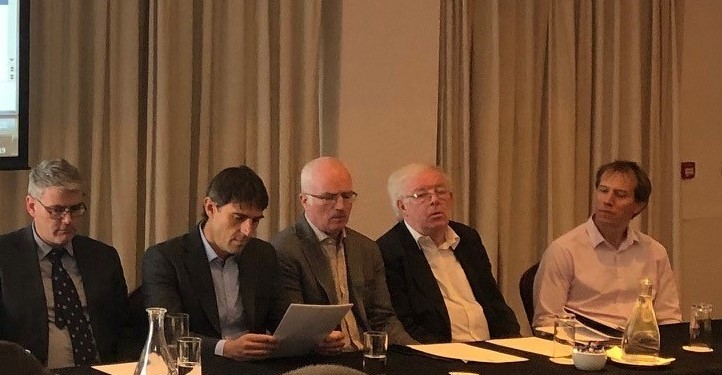 The policy on national emissions targets hasn’t worked – it dates back to the Koyto agreement in 1992 and we are still having to deal with annual increases in world-wide emissions.

And, all of this is happening 25 years after the inter-governmental panel began reporting that something would need to be done about emissions.

This is according to Colm McCarthy, economist, UCD, who discussed climate policy and livestock farming during the Irish Creamery Milk Suppliers’ Association (ICMSA) think-tank on ‘Climate Change and Dairy Farming in Ireland’, which was held in Dublin on Wednesday, September 4.

Also Read: ‘By 2030 dairy will be two-thirds of absolute emissions in agriculture’ – Teagasc

Meanwhile, the Kyoto Protocol – effective since February 2005 – is an international treaty which extends the 1992 United Nations Framework Convention on Climate Change (UNFCCC).

It commits state parties to reduce greenhouse gas (GHG) emissions, based on the scientific consensus that global warming is occurring and it is extremely likely that human-made CO2 emissions have predominantly caused it.

Times they are a changin’

McCarthy says the protocol is being taken “seriously” in Europe because there are targets in place and there is an onus on each member state to comply.

Europe produces 10% or 11% of world-wide emissions.

“I think that things are going to shift; the EU has commenced consideration of a ‘minimum taxes’ approach with regard to aviation – this is very significant.

“The aviation industry has led a charmed life – there is no value-added tax on airline tickets and no indirect taxation at all on passengers who travel by air.

The economics expert says that what is happening with aviation “is significant” within the context of climate change.

There is a hint of a kerosene tax.

He continued: “If you buy a litre of diesel at the pump it’s nearly the same as jet kerosene in terms of emissions, yet the airlines pay around 60c/L – there is no tax at all.

“The planet only has one climate; if Ireland has its own climate then we would really need to get the whip out and reduce territorial emissions in Ireland.”

McCarthy also pointed to the challenges in consumer trends and the difficulties posed by those in power who deny that climate action is necessary.

We have this extraordinary administration in the US where Donald Trump has said that climate change is a hoax.

He added: “His friend in Brazil is also a climate change denier, so I think that policy world-wide is going to change – individual action.

“It’s naive to expect that the consumer trends that we are seeing in Europe will not propagate.

“You can be pretty certain that the trendy, middle-income 20-year old in Dublin, Paris and New York is beginning to give up dairy products.

I think the EU will eventually be a leader in climate policy – along with a post-Trump USA – and China; those three places together account for 55% of world-wide emissions.

“What will work eventually is that those three together are capable of encouraging everybody else away from production-based emissions targets and towards consumer taxes.

“I’m not sure that Ireland has anything to fear from a consumer side policy which drives out the high-cost producers – there is nothing wrong with ending up with a higher share of the smaller market; that’s the way things are going.” 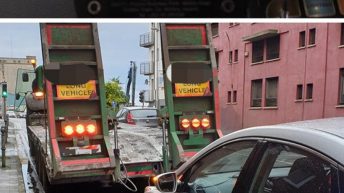