‘The high number of farm fatalities must be reduced’ 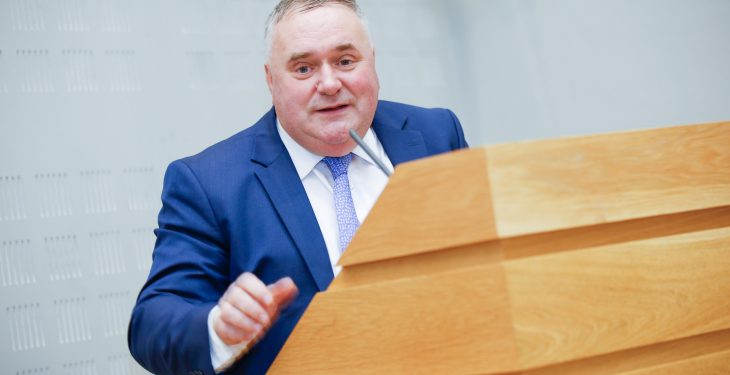 A recent report, showing that farming is the occupation with the highest risk for fatalities, will come as no surprise to farmers across the western region, according to Fianna Fail TD for Roscommon/Galway, Eugene Murphy.

The report, which was published this week under the title ‘Risk Taking and Accidents on Irish Farms’, found that the fatality rate for farming was almost ten times the average of Irish occupations over the 2009-2015 period.

Murphy commented on the findings, saying: “The figures in this report make for worrying reading and it is clear that a lot more action is needed to increase health and safety awareness on farms.

“The large number of farm fatalities witnessed over that six year period is simply not acceptable – every year the farming and agriculture industry represents the sector with the highest number of work-related deaths.

138 people have died in farm accidents over the past seven years, with 11 fatalities in the agri sector in 2017 alone.

Murphy issued a warning for farmers, noting: “Farmers need to be particularly vigilant in the summer months as the working day is longer, and with the summer holidays there can be more children in and around the farm.

It is vital that the government sufficiently funds information and health and safety campaigns, specifically tackling the most vulnerable groups.

Murphy concluded: “Fianna Fail has consistently argued for the roll-out of better education and awareness for farm safety. The high number of farm fatalities must be reduced and the relevant departments must step up to the mark.”

According to the Health and Safety Authority, as of May 25, there have been 24 workplace fatalities so far this year, with farm deaths easily the highest occupation once again. Fatalities have also occurred this year in the construction, transport, public administration and defence sectors, as well as the wholesale and retail industries.