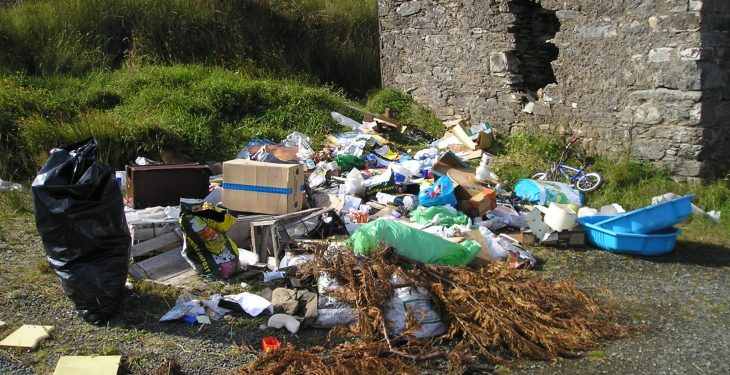 Due to what has been described as “unprecedented demand”, the Minister for Communications, Climate Action and Environment Denis Naughten is providing extra funds to local authorities to crackdown on illegal dumping.

Minister Naughten launched an anti-illegal dumping initiative (ADI) in March 2017 and encouraged all local authorities and communities across the country to avail of a €650,000 allocation for the scheme.

The use of covert surveillance and smart technology, including aerial imagery from drones and satellites as well as the installation of CCTV cameras, and better enforcement and prosecution actions formed part of the new crackdown.

Due to the “phenomenal response” from local authorities and communities across the country to the initial call for applications, Minister Naughten is now providing extra funding to support a second phase of the initiative this year – with immediate effect.

“The battle is well and truly on to catch and prosecute those who are committing environmental and economic treason by dumping waste illegally across our countryside, roads and rivers,” commented Minister Naughten.

Our communities are standing as one to say enough. Our river-ways, mountain-sides, towns and villages are to be used no longer as the dumping grounds for those amongst us who have no respect for their environment or their neighbours.

“I have doubled the initial allocation of €650,000 to support a new round of applications, with total funding now standing at €1.3 million to clean-up dumping black-spots and to target those responsible using smart technology including drone surveillance,” added Minister Naughten.

“I am honouring the commitment that I made when launching this programme in March to find the extra funds should they be required to support more strategic, community-led anti-dumping projects – provided that the applications submitted were of the requisite quality in terms of remediating problem areas and developing effective deterrents.”

85 projects have been approved for funding, under the first phase of the ADI, from every county in the state, out of a total of 111 applications. Successful applications have included projects that will equip authorities with the latest enforcement technologies, including overt and covert surveillance equipment and drone technology to target dumpers.

A range of clean-up and restorative projects led by community, environmental and sporting groups have also been approved.

Noting the range of ADI programmes being funded, the minister said: “The light lifting the shadow that dumpers have cast across our country can be seen in the nature of the projects, which have already been approved for funding. Work is underway in many areas – from the Girley Bog Loop in Meath to the Suck Valley in Roscommon and from the Short Mountain in Kerry to Gardeners Hill in Balbriggan.

“People joined by pride in place and respect for their environment have come together to reclaim their streets, woodlands, bridges and parks and to put in place the measures that will catch and punish those responsible for blighting them with filth.”

Further information on the 2017 anti-dumping initiative is available from the Waste Enforcement Regional Lead Authorities and from the Environment Section of each local authority. 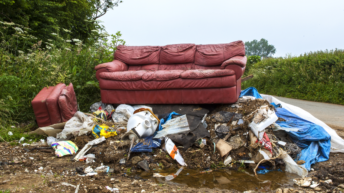