The growing scourge of liver fluke 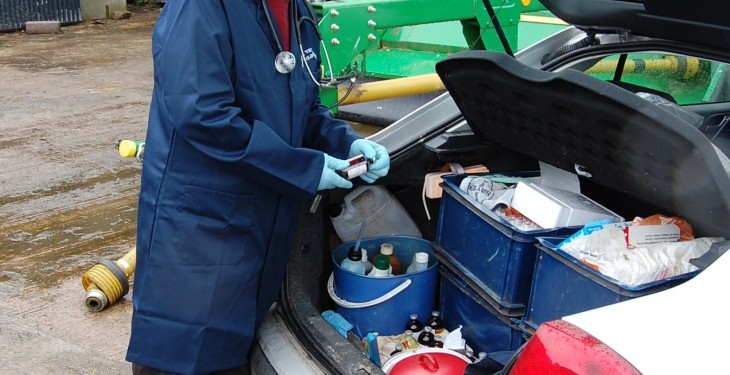 Tyrone veterinary surgeon Seamus O’Kane has told AgriLand that sheep producers with breeding ewes should ensure that all early lambing animals still out at grass are wormed and fluked immediately.

“Ewes should also receive all of their pre-lambing vaccinations,” he said. “I would also advise flockowners to body condition score their ewes, as this can be used to effectively determine animals’ ability to give birth and subsequently rear their newborn lambs successfully. A Body Condition Score of three is optimum. However, ewes that are too thin, i.e. below 2, or overly fat, i.e. above 4, represent a cause for concern.

“These ewes will not perform to their ability as they are more prone to lambing difficulties and health problems such as Pregnancy Toxaemia. It goes without saying that animals that are too thin should receive extra meal and a bit of special care and attention in the run up to lambing.”

O’Kane also advises suckler herd owners to body condition score their cows in the run up to calving. Again a Condition Score of 3.0 to 3.5 is optimum.

“Cows should also receive all of their pre-calving vaccinations,” he added. “This will help reduce scour problems in newborn calves.”

O’Kane then went on highlight the growing scourge of liver fluke throughout Ireland.

“At the present time 99 per cent plus of cattle livers are being condemned because of fluke damage,” he stressed.

“This is a direct consequence of the last number of exceptionally wet grazing seasons. And dairy cows are not immune from fluke infestation. Producers who think they might have a problem in this regard should provide their vet with a bulk milk tank sample, who will then have it analysed on their behalf.”

Teagasc sheep specialist Michael Gottstein is advising that on farms with a history of fluke a pre-lambing treatment should be planned.

“Where this has not already happened in recent weeks it may be given in conjunction with the clostridial booster vaccine. If ewes are housed prior to lambing, flockowners should select a flukicide that is effective against immature fluke that were picked up before housing. This will reduce the number of treatments required later on.”