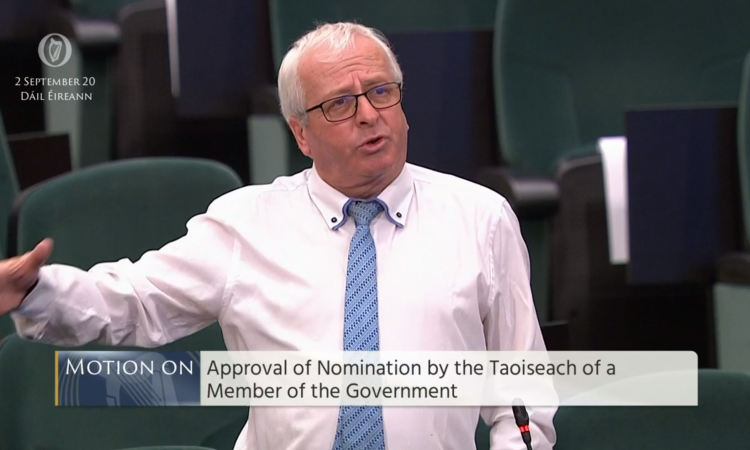 Independent TD Mattie McGrath has called on the newly-appointed Minister for Agriculture, Charlie McConalogue, to “try and rescue the situation in farming” in Ireland.

Donegal TD Charlie McConalogue was today (Wednesday, September 2) appointed as the new Minister for Agriculture, Food and the Marine.

Speaking in the Dáil after his appointment, deputy McGrath told the new minister that “there are a lot of issues you have to deal with”.

“One is tackling the beef [industry] and MII [Meat Industry Ireland] and the power that it has,” the deputy said.

Farmers stood outside factory gates all last summer protesting – gave up their summer, looking for recognition for being the primary producers of prime beef and to get a decent price.

“We need independent oversight in the meat industry.

“The cosy cartels of the big farm organisations and the government; we’ve seen that too many times.

“We see what happened with the distasteful incident in Galway.”

‘The farmers don’t get sick pay’

Addressing Minister McConalogue, the deputy called for “transparency and openness” to be increased in the meat industry.

“The farmers have no one to support them – they have to take what they get.

“I want to assure you, minister, that the Rural Independent Group will work hard with you to try and rescue the situation in farming.”

Deputy McGrath also called on the minister to “respect the publicans of rural Ireland”.