‘The last cow came out, ran by me and kicked me – leaving my leg in a figure of eight’ 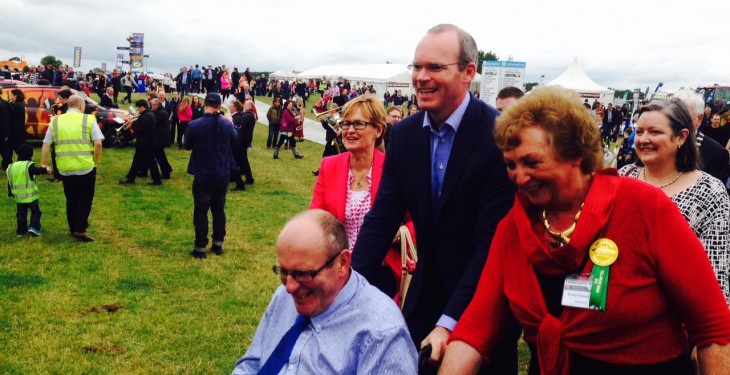 Rodney Cox, the Chairman of the Tullamore Show, was injured in a farm accident last year involving a cow which left him with broken ligaments and shattered bones.

Speaking on RTE Radio recently, the Chairman of the Tullamore Show, said it was a normal day on the farm, and he was getting ready to spray a few crops and waiting on man to come to scan a few of the cows.

“We were at the end of scanning the cows and the last cow came back out ran by me and kicked me broadside on my left knee.

“I looked down at my leg and it was in the figure of quarter to eight, I didn’t realise I wouldn’t be walking.

“The lad that was doing the scanning, he knew when I fell [how bad it was] and my son was preparing a jeep to bring me into a hospital.”

I was thinking this will pass, it’s horrific sore, bring me up to the back door and I’ll get a glass of water. I never had any injuries – I’d be awkward but nothing like this.

At the hospital, the extent of his injuries were revealed – he had broken all the ligaments in his knee and shattered two bones. It also emerged that he had a clot.

“I was told I’d never had the quality of life I was sure of and I was told I would be brought to a certain stage and there I would remain.”

The Tullamore Show Chairman said he had surgery three weeks ago again on the knee and that he has to be careful with it now.

We probably underestimate these risks. In my case the cow walked by me, there was nothing sinister in it, she just lashed out with a kick and that was it, if i was four inches further on or back I would be fine.

“I was in the wrong place at the wrong time. People have said this [farm accidents] has got worse in the last few years, but it has always been happening.”

Cox said that he was extremely lucky after his accident, that he had the help of his immediate family, neighbours, friends and that his son is brilliant.

“You do have your dark hours, you don’t want to be depressed in front of your wife and family. I was extremely lucky but there’s people out there that don’t have that back up.

“To be honest there is little or no help out there, in my view the IFA should do more about it, it’s all well and good talking about prevention, maybe Teagasc, maybe governmental bodies [could all be doing something more too].”

Cox said that following his accident he was fortunate, but that if you’re not in that position, he doesn’t know where they’d go, that there’s no one to go and talk to.

Ahead of this weekend’s Tullamore Show, Cox said that he is “great” and that he can feel his knee coming together.

“The specialists are happy and I’m happy, I’ll be grand and I’m confident of the reconstruction of the knee. I’m staying with the farming, it’s my life, I love it.” 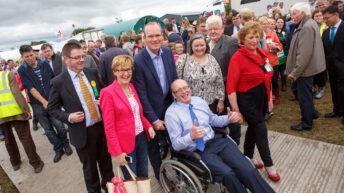 ‘Prevention is important, but more support is needed when a farm accident happens’ 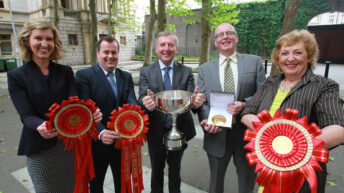 Over 60,000 people expected at this year’s Tullamore Show