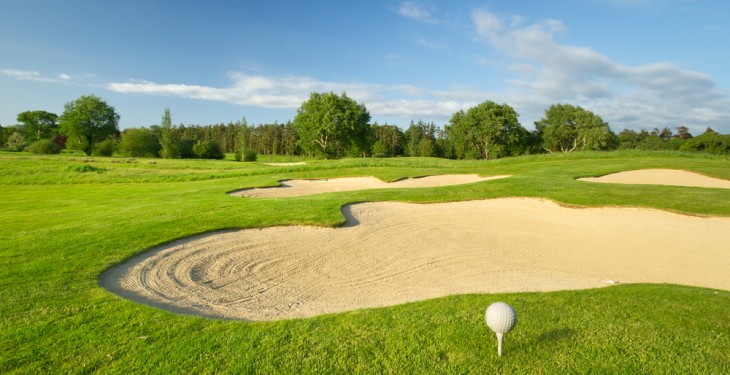 A group of key international golf sports journalists who write and commentate for top magazines and sports channels in the US, Denmark, Norway, Germany, France and the UK, with an overall reach of 22 million, are currently in Ireland to play a selection of our world-famous golf courses and participate in the Irish Open Pro-Am at the Montgomery course, Carton House this afternoon.

This flagship event presents an opportunity for Fáilte Ireland, as the biggest sponsor contributor, to show Ireland’s solid reputation and ability to stage, host and manage large golf events.

As part of the lead-up to the event, Golf Ireland developed a digital and social media campaign promoting the Irish Open and the wider golf experience available in Ireland. This includes a specially commissioned ‘Greening in the Years’ video,.

The video highlights the great history and golden moments of past Irish Opens which evokes great memories with viewers. Check it out here

Fáilte Ireland’s overseas publicity officer Rory Mathews said: “The 2013 Irish Open has the aim of creating a spectacular ‘Festival of Golf’ when Carton House welcomes a world class field to County Kildare from 27-30 June, which is expected to welcome more than 90,000 golf fans.  We in Fáilte Ireland hope it will also provide a wonderful advertising opportunity for Golf Ireland to showcase the two ingredients we are most famous for – our beautiful 40 shades of green and our warm and friendly hospitality and people.

“It is important that we fully promote what is available by assisting these journalists in showcasing what Ireland has to offer.  This will certainly encourage and help maintain Ireland’s reputation as a destination for high-quality and challenging golf.”

The golf sector provides a total overseas spend of €202m for the Irish economy.  More than 163,000 overseas visitors played golf while in Ireland in 2012, each worth on average €1,200 to the economy (two and a half times that of the average tourist).