Concerns over the suckler herd’s survival and the efficacy of the Beef Data and Genomics Programme (BDGP) will be raised to the Joint Committee on Agriculture next week.

A delegation comprised of members of the Irish Charolais Cattle Society, Alison De Vere Hunt livestock mart manager at Cashel Mart, and a data software specialist will be in Leinster House to outline how they believe the BDGP scheme is “decimating” the sector.

The BDGP is an agricultural scheme which was launched by the Department of Agriculture in May 2015. The scheme – which will run until 2020 – is designed to improve the genetic merit of suckler herds and to reduce greenhouse gas emissions from the Irish beef herd.

Under the scheme, stars are awarded based on the animal’s genetic merits for either replacement or terminal traits.

It is understood that representatives from the Irish Cattle Breeding Federation (ICBF) will also be present at the meeting.

Specific issues expected to be raised by the group include:

Speaking to AgriLand ahead of the meeting, Christy Comerford, who farms in Knockmahon, Castlewarren, Co. Kilkenny – where he runs a 100-cow suckler-to-weanling enterprise in conjunction with a pedigree Charolais herd – said he feels the sector is suffering on the back of dairy expansion.

It’s as if they want to get rid of the suckler cow and they want us to rear the calves out of the dairy herd.

“The BDGP scheme is meant to be about tackling climate change; but it’s doing away with traditional suckler cows and, in my opinion, that is adding to climate change because they are going to have to keep two animals to produce the same amount of beef. 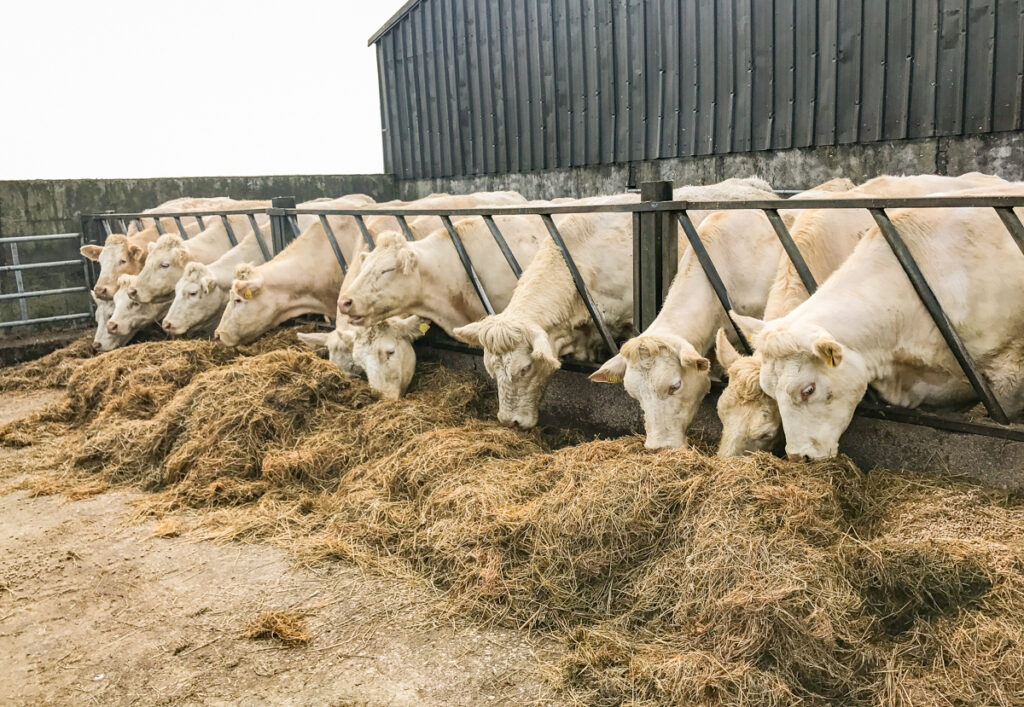 “Them animals are going to take 29 months to produce a 312kg carcass; whereas you’re getting a carcass of 420kg on average at 16 months coming from the suckler herd.

Our cow is the cow to tackle climate change; she is not causing the problem at all because you’re getting more beef in half the length of time.

At the meeting – which will take place next Tuesday (May 22) at 3:30pm – Comerford intends to detail how the current system is impacting on him, personally.

“The amount of money that scheme is after taking out of my pocket is unbelievable,” he said.

“I had bulls by an English bull and it ended up that they had no stars, so I had to sell them off to a man just to fatten them for beef, at €1,200 apiece. Them bulls were worth €4,000 apiece each, if they had stars.

Two of the females got left there and now their offspring have five stars – they have stars after I going and killing my good bulls. They would have made super bulls in a suckler herd.

“But I had to kill them because they didn’t have the stars. I couldn’t keep them around the place for two years until they gave them stars. We can’t work with a system like that,” he said.

Meanwhile, Alison De Vere Hunt, livestock manager at Cashel Mart in Co. Tipperary, will outline to the committee the decrease in quality that she has witnessed ringside.

Definitely the quality of stock is diminishing; we see it ourselves here in Tipperary too. We’re getting more and more beef cattle out of the dairy herd, than we are out of the sucklers.

She said people are “stuck” in the BDGP scheme.

“A lot of customers are complaining about it; it doesn’t seem to be working. There seems to be Holstein coming into a lot of the continental breeds and people can’t understand where that is coming in, in the progeny of their stock.

“There are definitely errors there and questions to be answered,” she said.

De Vere Hunt has also noticed how growing numbers are farmers are buying animals without stars.

“We’re finding that, with a lot of animals that are not in the scheme, farmers actually prefer them because they are a higher quality and have a better shape,” she said.

Based on clearance sales over the past few years, De Vere Hunt highlighted how expensive it has become to maintain a suckler herd.

We’re finding a lot of people that are buying them are killing them straight away. Cows that could have another two or three years in them are actually being put on the system fairly quick.

De Vere Hunt supports Comerford’s argument that farmers are not getting paid fairly for the quality of stock they produce.

People are just killing them out. It’s a real pity; but the dairy sector is taking over. Our suckler farmers are getting fewer and fewer all the time.

She contends that the much-sought-after €200 / suckler cow subsidy – which farm organisations are lobbying Minister for Agriculture, Food and the Marine, Michael Creed, to establish – should have been brought in at least four years ago.

Also Read: Beef focus: ‘To turn our backs and go down this road is scandalous’

Although the minister has, on numerous occasions, acknowledged the scale of the challenge facing suckler farmers nationwide; he continues to remain unconvinced that the ongoing drive from farm lobby groups for the establishment of a coupled payment of €200/cow is the right system of travel.

The minister continues to stand by genetic improvements being delivered to the herd through the department’s €300 million BDGP scheme.

However, De Vere Hunt insists that the BDGP star system, is causing “huge confusion” among farmers.

On the environmental front, De Vere Hunt contends that the efficiency of the suckler side is “completely overlooked”.

The beef animal out of the Friesian means you are talking 29 or 30 months; while you can have a kill out rate on the continental at 16 months. In that sense it is not representative of how things actually are.

“For all the exports, we are being left with a lot of Friesians in the country because a lot of the good continentals are being taken away.

“The suckler farmers are being sold down the swanny when it comes to the emissions and what is being blamed on the suckler cow.

“I know they eat a lot of grass and it’s a lot of slurry; but when you compare 16 months to 30 months it’s massive – it’s another winter.

De Vere Hunt will tell the committee how she believes the re-introduction of the department’s former Suckler Herd Welfare Scheme (2008-2012) could go some way towards turning the ship.

“Welfare is an issue at the moment. If you have a calf in that has been taken from its mother that morning, obviously it is going to be unnerved and frightened.

“When that system was there we would have the department in to us to see what was weaned, and what wasn’t. It was a great way of keeping accountability on the weanling system of cows.

“If that was brought back in again it would be a great help,” she said.