Seamus Killoran who is featured on the FBD farm safety video.

Seamus Killoran, Roscommon dairy farmer and Connacht football champion tells in a new FBD video on farm safety how he almost crushed his own son between the tractor wheel and a wall.

“I got a very severe fright when my eldest son was three years old. He wandered out when I was feeding the cattle and he nearly got caught with the wheel of the tractor against a wall. He was only three and I couldn’t see him…luckily I happened to stop at the right time.

“Most farmers think it won’t happen to me or on my farm, but last year 30 people were killed on Irish farms so sadly 30 families and communities are suffering today as a result.”

In his video he tells farmers to respect the task at hand and take your time. “The key message is that children should never be unsupervised on a farm.”

Preparation in advance, he said, is key on a farm, where jobs are done in advance so machinery is in working order when needed and jobs can be done safely.

The FBD Farm Safety Champions for Change campaign aims to help raise the profile of farm safety and the need for a change in behaviour towards risk on the farm.

Tomas Mannion, Galway farmer and All-Ireland winner, said at one stage in his life, he did everything possible to win an All Ireland medal. “Now the safety and health of my family is number one. 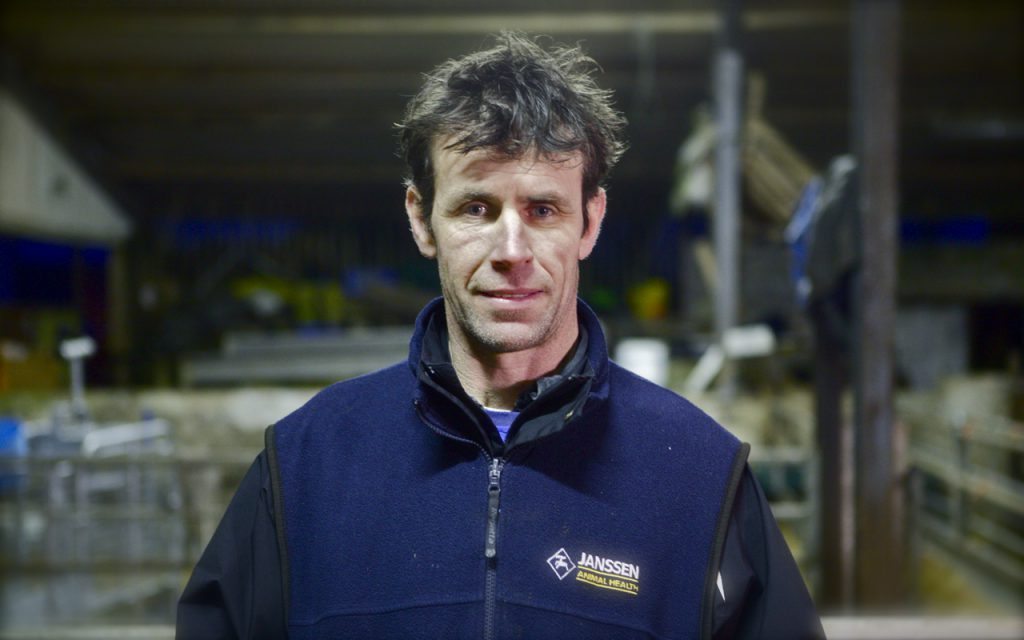 “I teach my children about the dangers of livestock and farm machinery,” says Tomas Mannion.

“Small changes can make a difference between life and death,” he said. The father of three children said it is very important that when the children are in the farmyard they are fully supervised at all times. “I teach my children about the dangers of livestock and farm machinery.”

“Every farm is a dangerous place…with machinery and pressure..people should be on their guard all the time.”

Ballintubber and Mayo footballer Cillian O’Connor said that 30 deaths on the farms of Ireland in the past year is a worrying statistic.

“The importance of safety on the farm and awareness of the dangers that exist are issues that need to be highlighted. The family farm has been the most dangerous workplace for the fifth consecutive year and almost all of us know of somebody that has suffered from a farming accident.

“Now is the time to address these issues and hopefully prevent more tragedies,” the Mayo All-Star said.

Cathal McCrann, dairy farmer and Leitrim footballer said farm safety is a must on every farm.

“In the same way my team rely on me to protect the goal, it’s my responsibility to manage safety on the farm and protect myself and my family,” he said.

“Your life is very valuable and if you’re not just thinking, everything could be gone.”

When you see something that’s not right or broken, you should act there and then, he said, because if you don’t you’ll forget about it.

“Just be safe and think about what you are doing. It’s definitely not worth losing a life over.”

Sligo beef farmer and team captain Dessie Sloyan said he had the honour of captaining and managing the Sligo football team and has therefore always believed in leading by example.

FBD Risk Manager and Vice Chairman of the Farm Safety Partnership, Ciaran Roche, said that anyone who has ever made and broken a New Year resolution can appreciate the difficulty of behaviour change.

“Making a lasting change in behaviour is rarely a simple process, and usually involves a substantial commitment of time, effort and emotion.

“Many unsafe practices on Irish farms are learned behaviours which have been passed down for generations, but is it fair to pass these onto the next generation? With this in mind it is imperative that we target the farmers of the future as well as the farmers of today,” he said.

FBD has also committed to undertaking 30,000 farm visits throughout 2015 to undertake insurance surveys and to help farmers identify areas where farm safety could be improved.