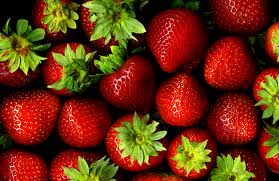 The View from the UK: Supermarket giant Tesco Stores has been fined £300k sterling  following a prosecution by Birmingham City Council about misleading the public on a ‘half price’ offer regarding punnets of strawberries.

At Birmingham Crown Court today the retailer was prosecuted under the Consumer Protection from Unfair Trading Regulations Act 2008, according to a statement from Birmingham City Council this afternoon.

During various dates in summer 2011, Tesco sold 400g punnets of British strawberries marked as ‘half price’ – £1.99 with the previous prices of £2.99 and £3.99 crossed out. Under the pricing practices guide, the length of the new lower price sale should not be more than which the old higher price was available. Tesco’s offer (at £1.99) ran for 14 weeks. Its original higher price strawberries (£3.99) were sold for a much shorter length of time.

Tesco then proceeded to create a further offer relating to 400g punnets of British strawberries, which were on sale at £1.99 including a pot of cream – marked ‘£1.99 free fresh single cream 150ml’. This offer had no mention of a previous price and the strawberries were then back on sale at £1.99 without the pot of cream with the indication that they were once again ‘half price.’

“This is not only a victory for Birmingham customers it also has wider benefits for all consumers across the country,” said head of trading standards for Birmingham City Council, Sajeela Naseer.