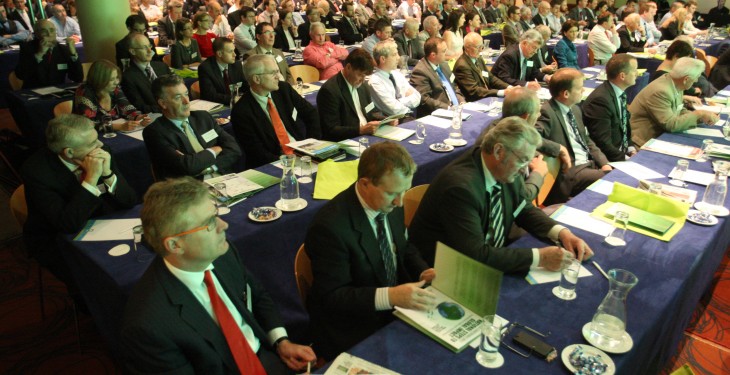 Teagasc Director Professor Gerry Boyle has told this year’s Agricultural Science Association (ASA) Conference that the detailed implementation of the Common Agricultural Policy (CAP) Reform package must be “production neutral” if Ireland is to achieve its agri-food production targets, as laid out in the Harvest 2020 report.

He went on to confirm that his organisation has carried out a detailed analysis of the various CAP implementation that might be considered. These have been discussed in detail with four stakeholders groups: the Irish Farmers Association (IFA), ICMSA, ICSA Ireland and Macra na Feirme.

“But all of this is work in progress and we are keen to meet with as many stakeholder groups as possible during the current consultation process.  Obviously, one of these organisations will be the Department of Agriculture,” he further explained.

“Naturally, we will be tweaking our analysis in the light of the comments made by the various groupings.”

One of the most concerning indicators arising from the current Teagasc work is that, on the basis of a drop in single farm payment of 10 per cent representing a threshold level, then the consequent reduction in Irish beef output could amount to 40 per cent per annum.

Teagasc has also looked at the choices available for the livestock industry regarding the option to re-couple a proportion of Pillar One monies, as part of the CAP deal implemented for Ireland.

“But the scope to play with in this regard is quite limited. And again there will be winners and losers,” Boyle stressed.

Teagasc has also looked in depth at the various CAP reform options facing the tillage sector. And as is the case within the beef sector, the scope for potential pain to be incurred by arable farmers is significant.

When asked if Teagasc intends publishing its CAP reform analysis data, Boyle indicated that such a step could not be considered until the work had been formally completed.