How can you minimise the risk of disease on your sheep farm? 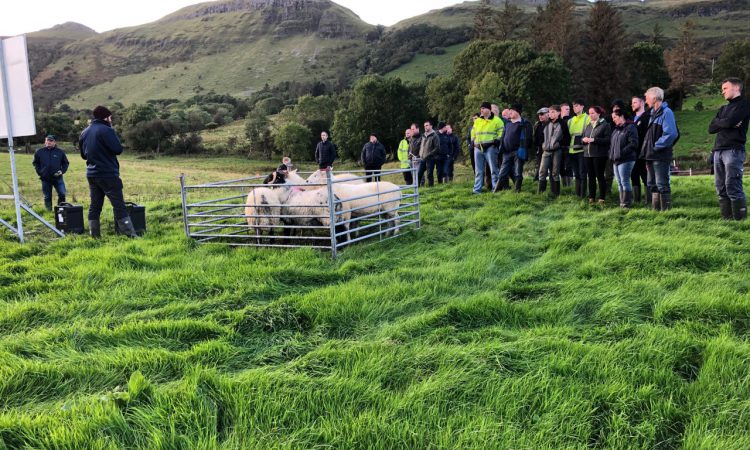 Teagasc recently held its final BETTER Farm Sheep Walk event of the year, in Glencar, Co. Sligo, on the farm of Francis and Bernie Gonley.

Farmers were advised about biosecurity and what they can do to minimise the risk of disease entering the flock.

For the most part, farmers try to breed their own replacements and operate a closed flock – where possible. However, sometimes this simply isn’t a viable option; replacement breeding ewes or hoggets then have to sourced from the local mart.

This was the case for Francis, who is trying to increase ewe numbers to maximise the grass he is producing to, in turn, increase his profits.

Flock health is the single most important factor when it comes to increasing productivity and profits on the farm.

Biosecurity – what are the risks?

The main carriers of disease in flocks are animals purchased from the mart, whether they be rams; breeding ewes; or store lambs.

A key message from the Teagasc advisors was that a 100% disease-resistant flock does not exist; however, you can reduce the risk which, in turn, can lead to a healthy and profitable flock.

Farm biosecurity is essentially a set of measures designed to protect a property from the entry and spread of pests and diseases.

Farmers are urged to examine stock regularly for signs of ill-health and to be cautious of buying stock during the lambing period when there’s a high risk of disease.

If buying in stock is a necessity, sheep should be purchased from known sources. Furthermore, vaccination is critical and should be administered correctly.

Michael Gottstein of Teagasc spoke to farmers about the risk of liver fluke at this time of the year. He urged farmers to be cautious about what doses are actually administered to sheep to treat this parasite.

Acute infection is a concern at this time of the year. It can cause sudden death; internal bleeding; liver damage; and sheep with this infection will have a fecal egg count of zero.

Furthermore, sub-acute infection, which can be seen from now until January, can cause: rapid weight loss; anemia; and sheep with this type of infection will have a fecal egg count of <100.

Michael explained: “This time of the year we get phone-calls from farmers saying sheep have died from liver fluke, even though they have been treated for it.

Farmers are using the wrong product at the wrong time. Sheep are being treated for mature liver fluke when, in fact, it’s immature fluke that is causing the problem.

“I would urge farmers to be cautious when selecting doses and to select a product that treats immature liver fluke rather than the mature type,” Michael added.

Furthermore, farmers should carry out a fecal egg count test on their sheep and follow up on sheep that have been killed in the factory to determine their health status,” he concluded. 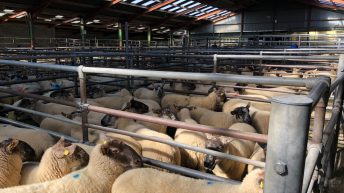 Sheep marts: Farmers looking to store lambs to graze grass rather than cattle