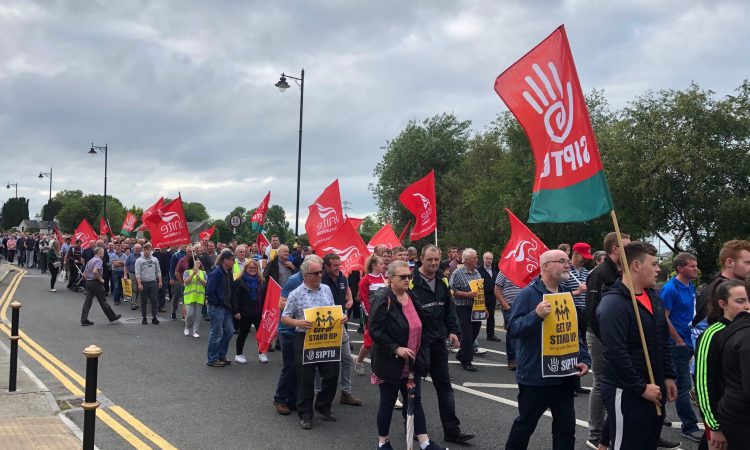 It has been claimed by a prominent rural TD that some Bord na Móna personnel are driving an “agenda” to let staff go.

Michael Fitzmaurice, an independent TD for Roscommon-Galway, was speaking after a Bord na Móna workers’ protest in Lanesboro, Co. Longford, where the Lough Ree Power Station is located.

“We sat down with Bord na Móna a year ago and they waxed lyrically about their vision for the future – calling it a Just Transition,” said Fitzmaurice.

But recent developments have proven to us that Bord na Móna is trying to force through an ‘unjust transition’.

“It was heartening to see the crowd which turned out to support the workers yesterday evening. Many of those people present had a family member or friend who worked in the bogs in the Mount Dillon area,” he pointed out.

Fitzmaurice highlighted that, when Bord na Móna published its decarbonisation plan, it claimed to provide a “clear path of work for the next few years while the company continued to diversify operations”.

He says, however, that the recent developments represent a “disregard” for its workers and communities.

We sat down with Bord na Móna representatives recently and pledged our support to try and help them to maintain as many jobs in rural Ireland as possible.

“The unions have done tremendous work in outlining a proposed plan of works for the staff, but some Bord na Móna personnel seem intent on closing their eyes to these proposals and the work that will need to be done in the near future,” Fitzmaurice claimed.

He also expressed his disappointment that the ESB power plant in Shannonbridge, Co. Offaly, had been refused permission to redevelop in order to burn biomass rather than peat.

“This represents a danger to a further 300 jobs on top of the uncertainty in Co. Longford. Minister [for Communication, Climate Action and the Environment] Richard Bruton needs to intervene to ensure that these jobs are maintained,” argued Fitzmaurice.

While the media continues to label peat as ‘dirty’ and so-called environmentalists call for these plants to close, we must also think of the employees – the people.

He said that a commitment was given by a number of politicians to “continue to fight” on the issues affecting workers at Mount Dillon, the bog surrounding the Lough Ree Power Station.

“The same has to be said now for the workers relying on the plant in Shannonbridge. The minister needs to act quickly and efficiently in order to ensure that these jobs are protected,” Fitzmaurice called for.

He added that he and his Oireachtas colleagues would look for the Dáil to be recalled early to address the matter if needs be. 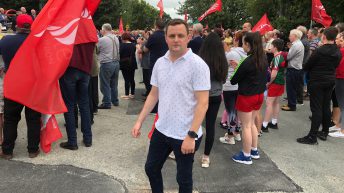