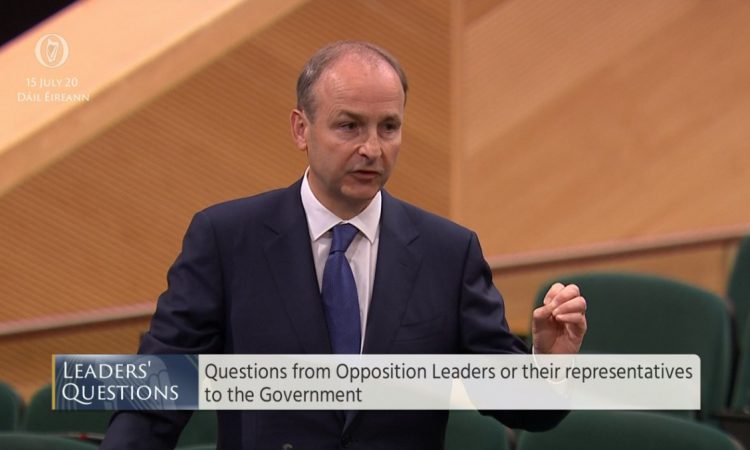 The current levels of funding for Ireland under the Common Agricultural Policy (CAP) have been maintained, the Taoiseach Micheál Martin confirmed to the Dáil this evening, Wednesday, July 22.

In a post-European Council meeting statement to TDs this evening, the Taoiseach said: “I am pleased to report that, in spite of sometimes very difficult negotiations, we succeeded in reaching agreement on a fair, balanced and ambitious €1.8 trillion package to support Europe’s economic recovery and drive the climate and digital transformation on which our future well-being and prosperity rely.

“Like its predecessor, the government made clear that for Ireland, maintaining a strong CAP that supports our farmers, farming families and rural development was a priority.

“I am pleased to inform the house that the outcome is a very good one in that regard. The initial proposals made by the commission just over two years ago would have reduced the proportion of the budget for CAP to just 28%. The final agreement now sees this increased to 31%.

From an Irish perspective, I can confirm to the house that current levels of funding for Ireland have been maintained. This includes a special allocation of €300 million for Ireland in recognition of structural challenges facing our agricultural sector.

The Taoiseach’s statements were rejected by Sinn Féin, with party president Mary Lou McDonald stating: “Contrary to what the Taoiseach has asserted, the CAP is to be cut by 9% at a time when it is never more important that it be protected.”

Minister of State for European Affairs Thomas Byrne responded to queries on the matter from deputy Harkin, stating: “The CAP budget for Ireland is protected.

“Damaging cuts were originally proposed during the negotiations and they have been reversed.

The starting point back in 2018 was a 15% cut in rural development expenditure and a 4% cut in direct payments but in terms of the new proposal, Ireland’s expected allocation for CAP is approximately €10.7 billion in current prices for the next Multiannual Financial Framework [MFF] for the next seven years.

“That is actually a small increase in current prices on what was there previously. This narrative that the CAP in Ireland has been cut is not a correct interpretation of what has been agreed. I accept that it is complex, and that these documents are difficult for everybody,” Minister Byrne concluded.