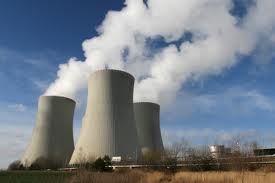 An Taisce, the National Trust for Ireland, will go to the High Court in London today for the start of a two-day hearing to challenge the legality of the UK’s decision to grant permission to build and operate a new, two-reactor nuclear power station at Hinkley Point, Somerset, 150 miles from the Irish coast.

Law firm Leigh Day, acting for An Taisce, is challenging the decision by the Secretary of State for Energy and Climate Change, Ed Davey, claiming he acted unlawfully in granting ‘development consent’ by failing to consult the Irish people about the potential trans-boundary effects of the nuclear power station.

According to An Taisce, such a consultation is required by Article 7 of the EU’s Environmental Impact Assessment (EIA) Directive, the UK’s own regulations, and international conventions such as the Espoo Convention and Aarhus Convention, to which Ireland and the UK are party.  These conventions specify obligations in respect of consultation on the trans-boundary effects of projects, and on public participation.

Despite the nuclear power plant being nearer to the coast of Ireland than Leeds, the UK decided not to consult with the Irish public about the decision before it granted development consent in March 2013, it added.

“The first time many Irish people learned about the nuclear power plant proposal was when the decision was announced. Their views were not taken into consideration as part of the UK government’s decision and assessment process,” the National Trust for Ireland added.

An Taisce was founded as a charity in 1948. It is one of Ireland’s oldest and largest non-government organisations.

An Taisce argues that consultation would allow both the UK and Ireland, and the potentially affected population, to contribute to the decision making process and would allow the UK to properly and fully consider the impacts and effects of the plant across boundaries.

Rosa Curling from Leigh Day who is representing An Taisce, said: “The nuclear power plant is closer to the Irish coast than Leeds. However, the UK Government decided not to consult with the Irish people before granting consent. This is despite the fact that, in the event of an accident, the potential effects on Ireland could be huge.”

“To refuse to allow the Irish people a voice about this new nuclear facility in such circumstances is wrong and unlawful.”

James Nix, spokesperson for An Taisce said: “We consider compliance with environmental law as fundamental to effecting environmental protection. While An Taisce acknowledges the rights of UK authorities to make decisions on such matters, what is at issue here is whether the Secretary of State acted lawfully in granting consent while determining there was no need to consult Ireland and the Irish public and without taking those views into account.”

“We appreciate the UK intends to implement rigorous design and regulation on this facility to mitigate the risk of accidents. However the reality is in the event of an accident and/or a beyond design event at Hinkley Point, the significance of effects on Ireland is of huge concern to Ireland’s population, our agri-food and tourism industries, and to our environment at large.”