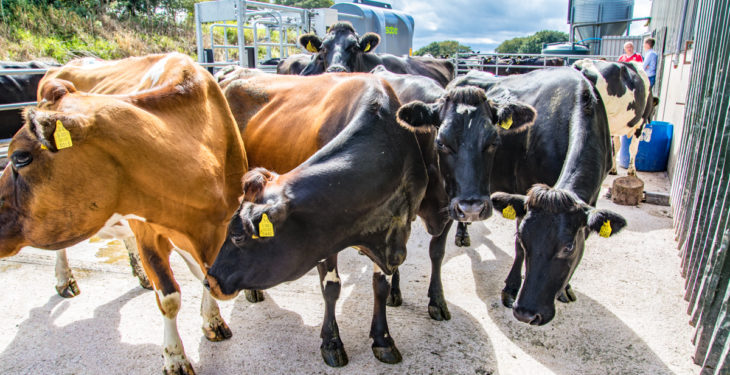 Farming in Dungourney, Co. Cork, Brian Ronayne has overseen a major expansion of his dairy herd in recent years.

Back in 2009, Ronayne milked just 48 cows. Over the intervening period, with the addition of extra land, the farm has grown to 400 cows.

Now farming a 142ha block, the Cork-based farmer is milking a herd of crossbred cows under a spring-calving system. This year, the average cow in the herd will produce 5,000L and 445kg of milk solids.

In the future, it’s hoped that milk solids production will edge closer to 470-480kg at a modest concentrate supplementation rate of <500kg/cow.

Given the shear scale of Ronayne’s operation, three labour units are required on the farm at all times; two people are tasked with milking in the 29-unit Gascoigne parlour each morning and evening.

Peace of mind when it comes to drafting

Apart from milking, one of the routine tasks on Ronayne’s farm is drafting. Cows are drafted for a number of reasons, including: breeding; health treatments, such as hoof pairing; and the batching of cows into groups.

After a bad experience with a ‘cheaper’ drafting unit, which often resulted in 40% of cows being drafted incorrectly, Ronayne opted to install a Saber Draft system. 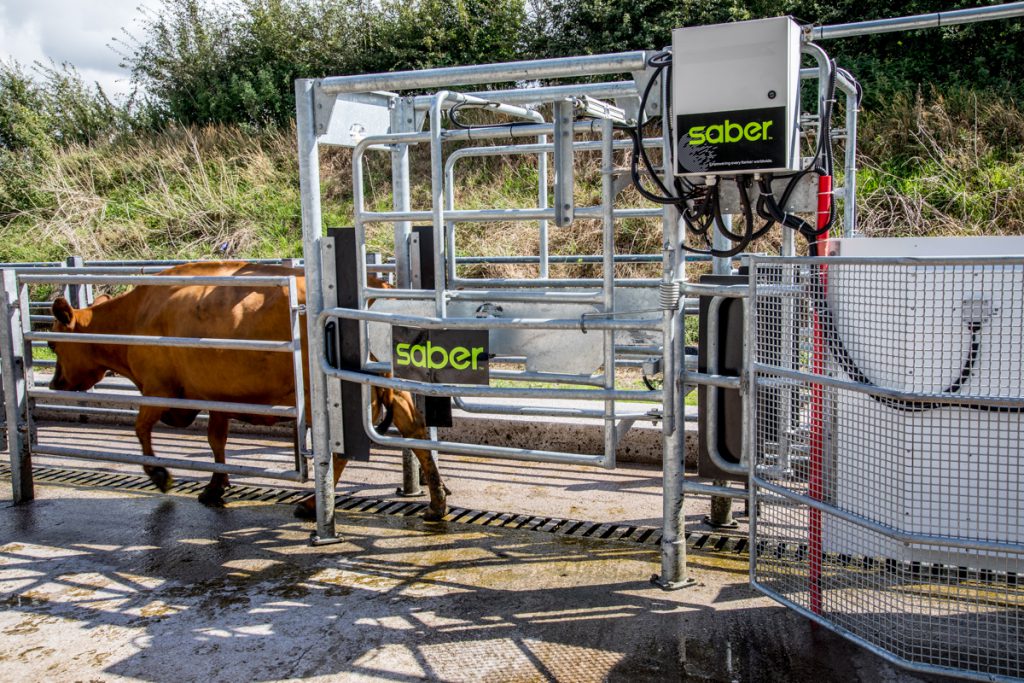 He said: “We had no confidence in the old system and after a while we basically had to stop because it was getting frustrating having to go back to the field with a quad to collect the remaining cows.”

To resolve this issue, a Saber Draft unit was installed in 2015, which Ronayne says is “fantastic”.

Now we have complete confidence; if we select 20 cows for drafting, we’d be certain there would be 20 cows in the collecting yard. It has given us great peace of mind and there’s less stress on the animal and the man.

Another key benefit that Ronayne has seen from the three-way drafting unit is its ability to draft cows on a future date.

“I can select cows to draft 12 months down the line and I know the system will be 100% accurate. There’s no more worrying about have the right cows actually been drafted out.”

The addition of the Saber Draft now means that Ronayne and his staff can focus on milking cows and other important jobs around the farm.

There’s no need to have somebody physically drafting out cows as Saber Draft performs this task. This reduces the labour pressure on the farm at a time when it’s becoming increasingly difficult to find skilled operatives. 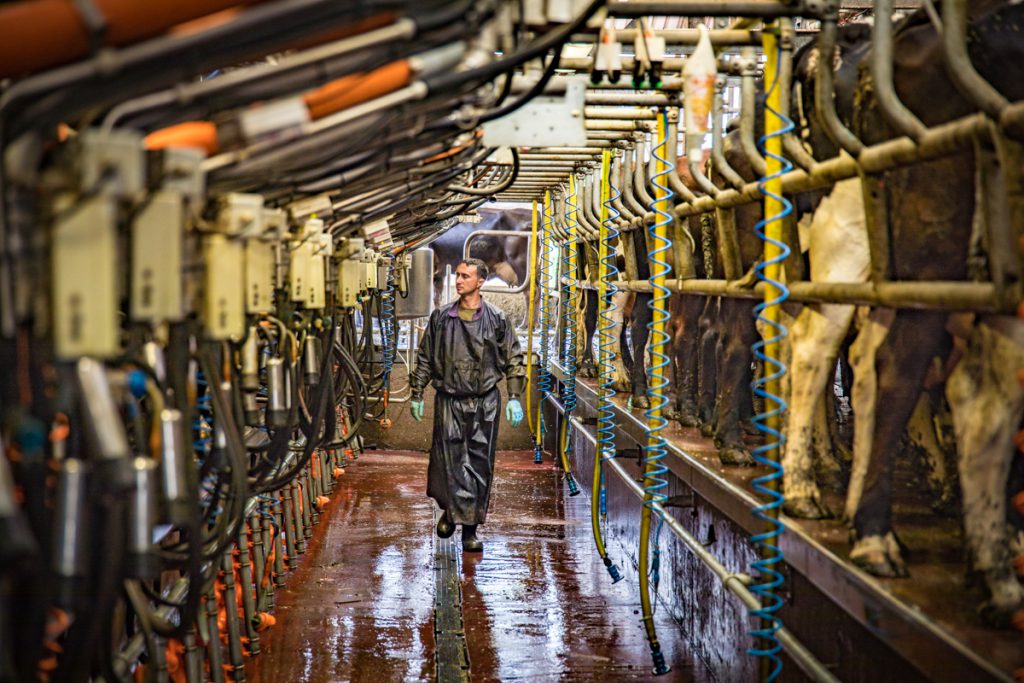 Along with installing the Saber Draft system in 2015, Ronayne also fitted eight Saber SCC units in his 29-unit parlour.

Since the installation, the Cork-based farmer has noticed a considerable decline in somatic cell count (SCC).

“The Saber SCC is a very good system and it’s foolproof to use. We are now identifying and catching mastitis before it becomes visible and, as a result, the treatment period is shorter.” 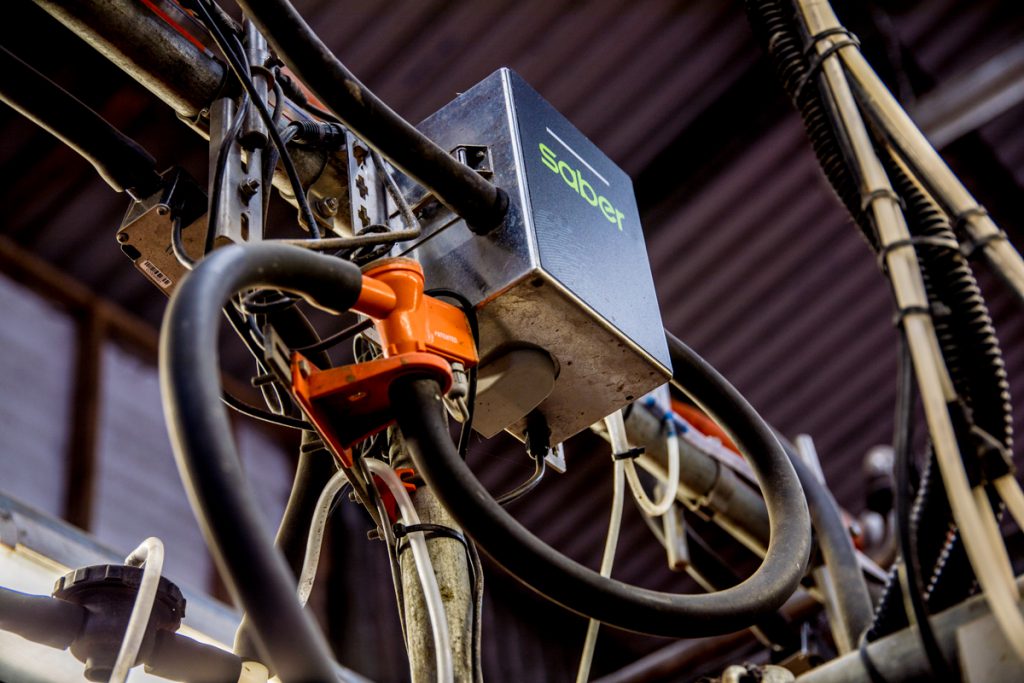 What is Saber SCC?

Saber SCC is an automated, in-line sensor that provides users with live SCC results within two minutes of cupping the cow.

Through the measurement of DNA released from somatic cells in the milk, each unit can generate accurate information on SCC levels.

After testing, the system provides the farmer with accurate information on SCC levels. A simple traffic light system is also utilised when the data is viewed on a phone or computer.

Prior to milking, the operator can input a set of parameters for SCC. Cows that have low SCC levels will flash up as green; those with high levels will present with a red light. Click here for more information