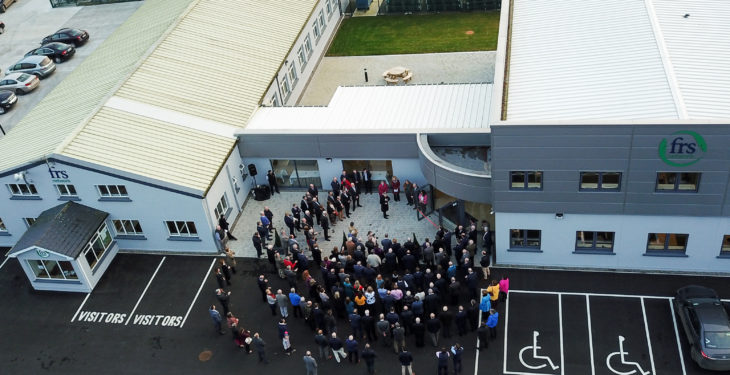 Located in Derryvale, Roscrea, Co. Tipperary, the new offices have been joined to the original office block by a corridor – making the entire building one overall unit for FRS (Farm Relief Services) Network’s 40 members of staff.

Representatives from all the national farming organisations, various officials in the agricultural sector and local business people all attended the opening ceremony in support of the staff at FRS.

Described as a “new state-of-the-art modern building”, it is hoped the new offices will allow the network to develop further in the future.

As part of the project, the original offices were refurbished and a new carpark was added. As well as this, the existing store was expanded. Overall, the project was deemed as “delivering a very impressive office building to the outskirts of Roscrea town”.

At the opening ceremony, the CEO of FRS, Peter Byrne, delivered a brief history of the FRS and the building.

Commenting on the opening, he said: “We are very proud of the entire building, which we see as an investment in the future of FRS and all its connected companies.

“Our objective was to have a building we could afford, that would be functional, be future proofed in so far as possible and portray a positive image of the FRS organisation – of which we are all very proud. I hope you will agree that we have succeeded,” he said.

Clergy people from the Roscrea area, including: Fr. Pat Treacy, from the Catholic Church; Adrian Hewson and Jane Galbraith, from the Church of Ireland; and Shannon De Laureal, from the Methodist church, blessed the building before the official cutting of the ribbon.

Following the ceremony, the guests then had the opportunity to browse the new building. 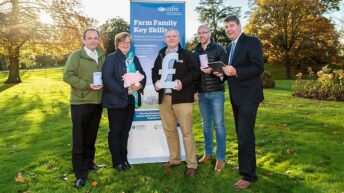