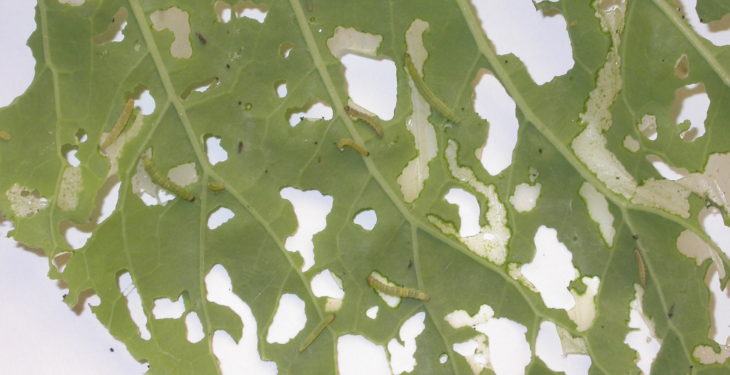 A ‘super pest’ moth which is already resistant to a class of common plant protection is now also capable of surviving through the UK’s cold winter conditions, according to new research.

Diamondback moth caterpillars feed on crops including cabbage, broccoli, swedes and Brussels sprouts, causing cosmetic damage, which could result in the loss of up to 100% of the crop.

Brassicas were worth more than £200 million (€225.7 million) to UK agriculture last year.

The diamondback moth is often described as a ‘super-pest’ because it has a rapid lifecycle, providing more opportunities for resistance to develop through gene mutation.

The pests – which have developed resistance to the pyrethroid class of plant protection products – often have reduced fitness levels so don’t survive through the winter.

However, experts are concerned because this is not the case with this new strain of moth.

Growers are being asked to submit samples of the diamondback moth either when seen through winter, or in spring when numbers start to rise, to aid the continued monitoring and development of control strategies to manage the pest.

Dr. Dawn Teverson, knowledge exchange manager at the Agriculture and Horticulture Development Board (AHDB) said: “This new research reconfirms what we found last year. It’s important that Brassica growers are aware of this pyrethroid resistance and plan their crop protection programmes to treat against diamondback moths accordingly.

If pyrethroids are used, not only does this now fail to control diamondback moths, but it could also kill beneficial insect predators which would naturally help control the pest – further exacerbating the problem.

Dr. Steve Foster, a research entomologist at Rothamsted Research, said: “We have seen in aphids that those which have developed resistance may not survive the winter. However, this doesn’t seem to be the case with this new strain of diamondback moths.

“The identification of pyrethroid resistance in this season’s population of moths suggests that they are descendants of 2016’s migrating diamondbacks and therefore that the resistance hasn’t stopped them from surviving over winter.” 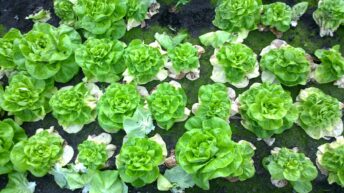