Tackling the fear of employing someone for the first time: What you need to know 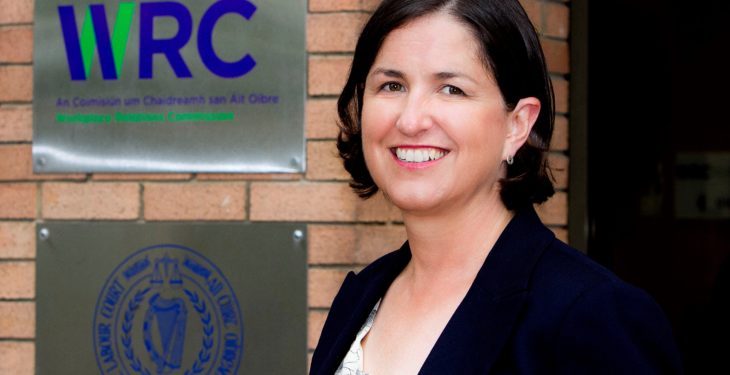 There is a fear out there among small and medium-sized businesses when it comes to employing someone for the first time.

But the Workplace Relations Commission (WRC) is working towards demystifying all of the perceived stumbling blocks for employers – and employees – when it comes to employment, according to the Director General of the WRC, Oonagh Buckley.

Speaking to AgriLand recently, Ms. Buckley outlined that small and medium-sized businesses – including farms – tend to be the businesses that, because they’re just not large enough, have limited access to HR (Human Resources) advice.

It can be quite a nerve-racking thing to employ someone for the first time, or even to employ the first couple of people. We have heard about this fear factor among small employers.

“What we can do is give free information and free help – which is impartial and which is aimed at both employers and employees. The goal is to get over that fear factor of that initial employment relationship.

“When you’re talking about this, you are looking at sectors where there might be expansion plans over the coming years. One of the sectors where it is estimated that there will be expansion into non-family employment is farming, particularly dairy,” Ms. Buckley said.

The purpose of the WRC is much more than dealing with complaints from employees or employers, it also includes an advisory service, she explained.

“We’re more proactively saying to employers and employees, ‘here are the tools that you need to solve your problems at the workplace level and you will never need to make a complaint in to us, because you will have sorted it out yourselves’.

The aim is to try and solve problems as early as possible, before they even happen. Before we have to spend time and money investigating, inspecting, adjudicating or mediating.

Employment: What do you need to consider?

Speaking about what issues employers need to consider when hiring someone, Ms. Buckley said: “The point of bringing this organisation together is that we interface with employers and employees at every stage of the employment relationship.

“We have advice on what you should do when you’re employing someone for the first time. We can help you in the middle of the employment relationship if, for example, your employee is having a baby and what’s the family arrangements you need to think about?

“If you have a row in the employment workplace, how can the WRC help you solve the problem which has led to this issue in the relationship? If someone is leaving work or if someone is retiring from work etc.

“Knowing what you need to do in terms of leave and public holidays, that’s one of the things where lots of employers get confused. Rest periods and hours of work – so how does that work in the farming environment, where that is a very tricky thing to manage.

The most important thing is records, a written contract with terms of employment.

If an employer can cover these issues, as well as taking care of payslips, the number of issues that could possibly arise will be significantly reduced, the director general said.

There is a section within the WRC which goes into organisations where there has been a complete breakdown in relationships. This advisory service is then tasked with trying to fix these relationships.

All of this information, as well as the WRC’s more proactive approach towards working with employers and employees, will be on show at this year’s National Ploughing Championships in Co. Offaly later this month.

A lot of thought and investment has been put into the WRC’s new interactive stand at the Ploughing which will showcase its new outreach programme, entitled the “Walk Through Working Life” programme, Ms. Buckley added.

How can the WRC help you?

The establishment of the WRC represented the largest single reform of the public infrastructure dealing with workplace events ever in the state, bringing together organisations that were more than 50-years-old in the process, she said.

The aim of creating the WRC was to try and make sure that all of these organisations, which all interfaced with employment in some way, helped employers and employees in their daily business, Ms. Buckley explained.

In the last year, the WRC has also worked alongside Teagasc to produce a “Farm Labour Manual” which was published in June 2017. This publication looks at everything from deciding if a farmer needs to hire someone right through the entire employment process.

While also carrying out inspections of workplaces across the board, including the agricultural sector, the WRC is looking to educate employers and employees of the correct protocol in order to reduce the more resource-intensive work of investigating complaints, Ms. Buckley said.

The aim is not to catch out people, the aim is to make sure that employers are doing right by their employees and giving them the minimum standards that are set in law.

“Last year the WRC recouped €1.5 million in underpaid wages for employees,” she concluded.

Both employers and employees are encouraged to consult the WRC if they are looking for advice or help at any stage in the employment relationship. People can get in touch with the WRC through its website or by calling: 1890-808090. 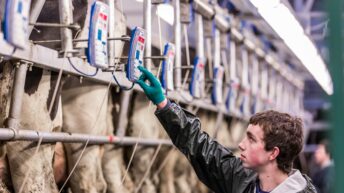 5 facts that farmers need to consider when employing staff