Ireland will not ‘wave the white flag’ on UK access

Despite the UK electorate’s decision to exit the European Union, Ireland will remain committed to exporting produce to our closest market.

That’s according to the Department of Agriculture’s Brendan Gleeson, who said: “The UK is our largest export market and we certainly aren’t swanning up the white flag on the UK market – we can’t do that.”

On the Brexit negotiations that are currently ongoing, he said: “We want frictionless trade with the UK with no tariffs. The only formula for that is where the UK remains within the Customs Union and the Single Market.

“If that happens, in fact, they can’t have their cake and eat it because it means that they can’t go out and do free-trade deals that compete against the European Union.

“If it doesn’t happen, then we have the prospect of bilateral trade deals between the UK and there are a couple of important issues there.

“One is the question of standards and if it’s a policy objective of the UK to maintain standards at EU levels, that essentially means that we already meet the standards required by the UK.

“And, we should strive for some commitment to maintain standards during the negotiating period,” he said.

In the sea of uncertainty caused by Brexit, he said that market diversification needs to prioritised.

“We have intensified our efforts to expand into third-country markets. That’s a slow grind and it’s tough. We do a lot of work in trying to open new markets for beef, for example.

From time-to-time, there’s criticism on the pace of progress; but that’s determined by the receiving country.

“When it comes to sales into those markets, the reality is that the operators in Ireland will sell where it’s most profitable and they’re not always the same market.

“The important thing is to open opportunities for Irish operators so that they can export into the most profitable markets when they need to,” he said. 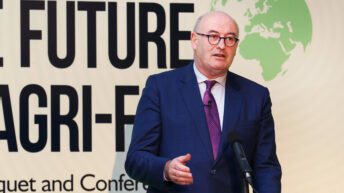 Could CAP monies be used to advance the agri-tech revolution on Irish farms? 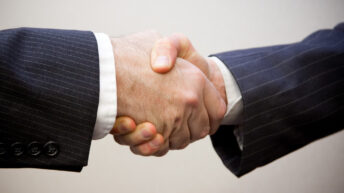