Anna May to appear on tonight’s Late Late Show 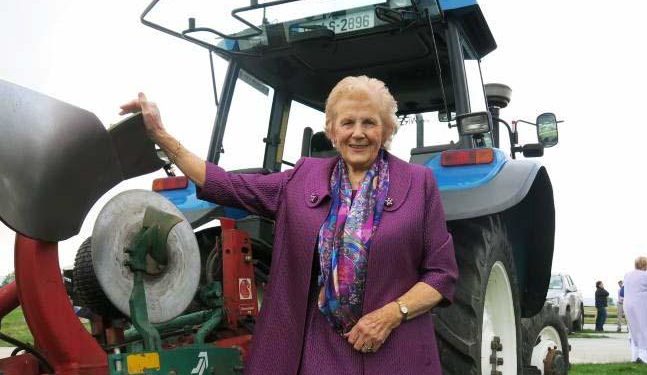 Ploughing supremo Anna May McHugh will be a guest on tonight’s Late Late Show.

The 83-year-old Laois woman who is Managing Director of the National Ploughing Association (NPA), is all set for this year’s Tullamore event, and the launch of her book.

In ‘Queen of the Ploughing’, published by Penguin, she recalls how her organisational skills and resolve first surfaced as a member of the junior section of Muintir na Tire in Ballylinan.

The book traces her 66-year long involvement with the NPA, from the time she was asked to ‘give a hand’, by the late JJ Bergin. She continues to run the multi-million euro operation from her home.

Her penchant for being well turned out – still evident today – also emerged early on. In the book, she recalls how a pair of grey shoes at the championships in Nenagh in 1956, set wheels in motion for fashion at the event. While the notion of fashion shows at the national event didn’t go down too well initially, she quickly won around the dissenters.

The book tells the tale of the start of women’s involvement in competitive ploughing. The controversy over the naming of ‘farmerette’ classes is also covered, with McHugh insisting it was not for her to change it.

Her transition from serving as secretary for 21 years until 1973, to MD, is traced, with lots of anecdotes along the way. There is also an insight into the race issue that emerged at the world championships in 1973.

While acknowledging that about two-thirds of those attending the championships don’t go for the ploughing, she has plenty to say about the art, and those that have excelled at it over the years. The warmth demonstrated towards ploughing just doesn’t exist in other countries, she contended.

The highs and lows of the event through the years are recalled. The lows included the situation of feeling forced to withdraw an invitation to Minister of State at the Department of Agriculture, the late Paddy Lalor, to attend the 1966 Ploughing in Wellington Bridge, Co. Wexford.

The NFA (National Farmers’ Association, the precursor to the IFA) had been adamant that it would hold a protest if a government representative arrived during what was a difficult time for farmer/government relations.

McHugh subsequently vowed such a situation would not be allowed to arise again.

There are lots of photographs to evoke nostalgia, and nuggets which everyone who has attended down through the years will identify with, right down to reuniting people with their cars.

A sage lady, some of the life lessons from ‘the Queen’ are included. There is plenty that we could all learn from this highly astute business woman.

An “absorbing read”, ‘Queen of the Plough’ retails at €25 in hardback. 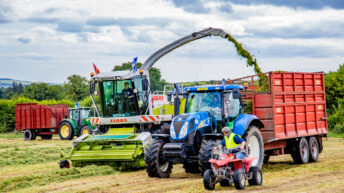