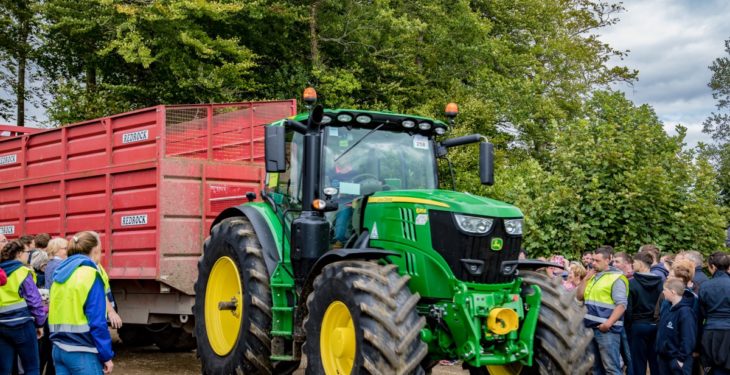 From the UK to Co. Waterford, Dawn Cracknell went the distance for the ‘Grass Gals’ silage event on the grounds of Mount Melleray Abbey recently.

“A customer tagged me to the Mount Melleray advert on Facebook, and I was really interested in taking part to show support for women farmers and drivers, and for the Alzheimers Society,” said Cracknell who is based at Chepstow, on the English/Welsh border.

She relished the opportunity to be part of the all-female silage crew. “It was a great experience and everyone made us feel so welcome, and it was lovely to meet so many other women drivers. It was also extremely well organised and run.”

The contractor and farmer grew up on a 90ac mixed farm with sheep, beef and a bit of barley. “I had some chickens and my first pony when I was seven. I used to help with the lambing from the age of six upwards and other shepherding as soon as I was strong enough,” she recalled. 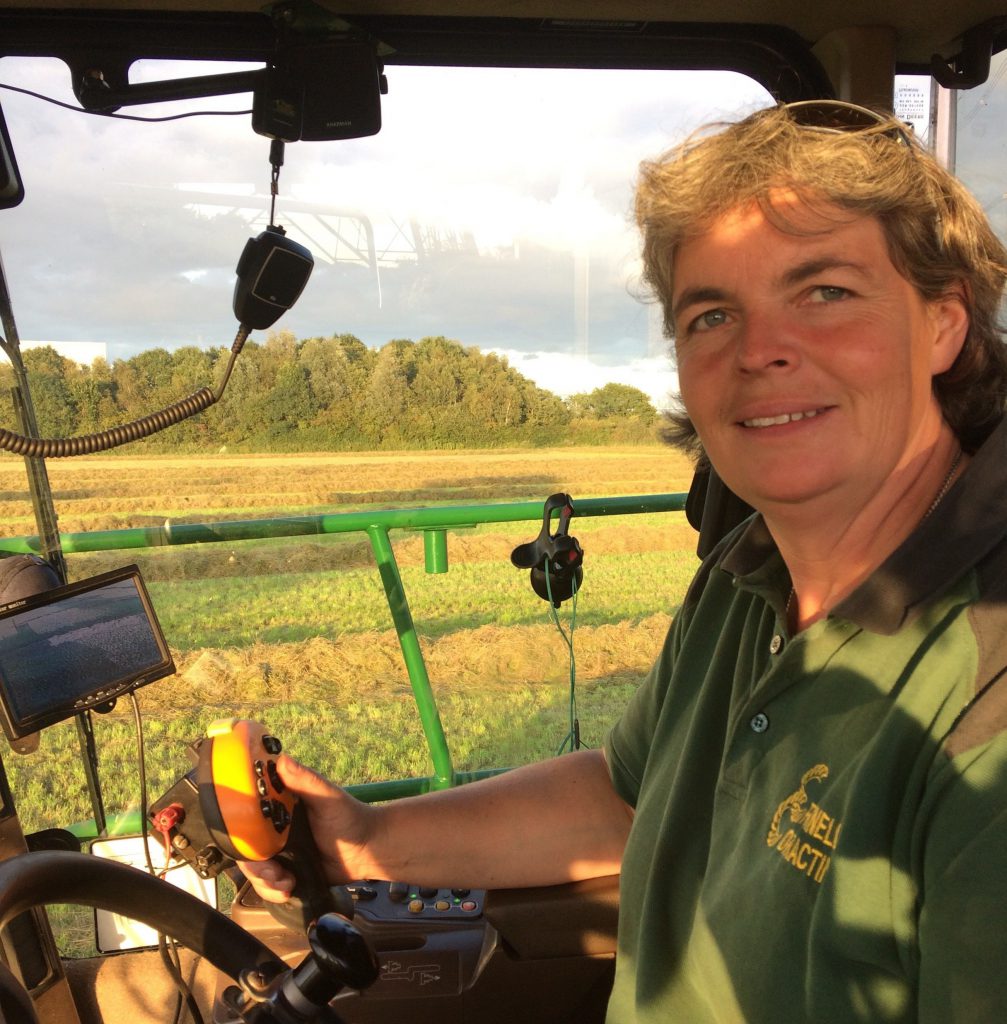 “I used to sit on my grandad’s lap and steer the tractors in the fields, and by the time I was 13, I was driving on my own. We never had a ‘Flat 8’ loader – we used to stack all the bales by hand and I was really strong and a lot fitter than I am these days.”

Cracknell left school at 15, and spent a year working on a dairy farm in addition to the home farm. She then completed a National Diploma in Agriculture at Hartpury College, also attaining three craftsman certificates. A scholarship brought her to New Zealand for a year working on dairy farms. She returned home to run the farm and did relief milking and tractor driving.

I drove tractors for the local contractor whom I ended up marrying, but unfortunately he died of cancer five years later. I continued his business, which he set up in 1973, doing grass and arable work and running his 90ac farm.

“I have sold the combines but otherwise we provide all grass-based work, maize and cultivation.”

As a member of the National Association of Agricultural Contractors, she was contacted through it 16 years ago about some winter car park gritting work. “We now run up to eight units on a busy night, servicing 140 car parks. It is all night work but it supplements our summer work perfectly.”

Another string to Cracknell’s bow is camping. “My mother-in-law set up our campsite in the early 1950s, and it has grown over the years. Our campers visit from all over the country, and from Europe. We have lots of Dutch, French and German visitors.

Some people pop over from Bristol or Wales for a night or two, and some use it to break their journeys from north, south, east or west.

“We also have those who stay for a longer holiday. We offer fire pits with every pitch and have mainly tent pitches and a few camper van pitches. We also have two static caravans for hire,” said Cracknell.

“I generally get good reactions from my customers now, although some people are still surprised when they realise the big machines are being driven by a woman, and that the contracting is being organised by a woman,” she said.

Looking to the future, Brexit is a key issue on her mind. “It will be interesting to see what effect it has on farming in this area, and we might have to restructure things according to the outcome,” Cracknell said.