Noting that the new figures are now reflected in the dairy and beef expected calving profiles, the ICBF said that, gestation length figures will be reviewed on an annual basis.

“Currently, the average gestation length in cattle is 283 days; however, there is considerable variation between the different breeds,” it was added. 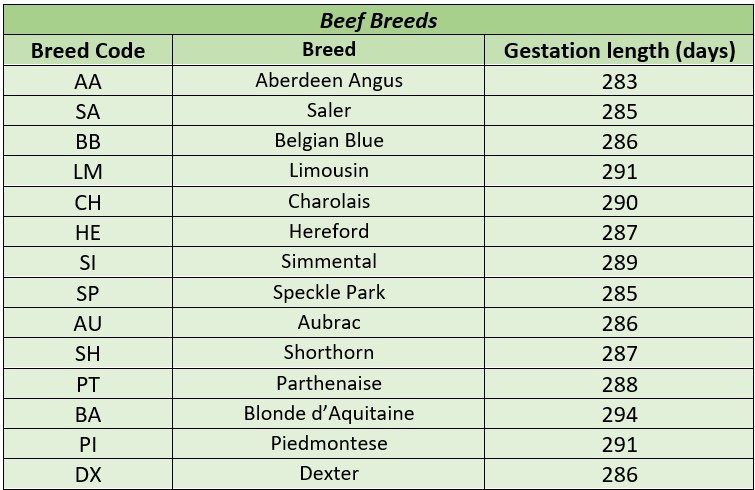 The federation explained that four factors contribute to what gestation length index figure a bull starts out with, as well as how it changes over time.

Explaining these, the federation says that, when a bull is born, they receive a ‘Parent Average’. This is an average figure that is derived from the index figures of his sire and dam at the time of his birth. If the index figure for a close relative of the bull changes significantly then this will also affect the bull himself also.

In terms of genomics, the ICBF says: “When a DNA sample has been taken for a bull and genotype result comes back, this genomic information is then included in his evaluation.

“The additional information that comes from the genotype results in an increase in the bull’s reliability figure and can also cause a change in the bull’s gestation length.”

Moving to data, it was noted that, if a bull has an index for ‘Gestation Length’ in another country and this data is sent to ICBF, it can feed into the gestation length figures in Ireland. ICBF routinely gets files from countries such as France and the UK.

Lastly, the gestation length of the bull’s own calves born on Irish farms is the final piece of the jigsaw in terms of his ‘Gestation Length’ index.