GIanbia and Dairygold at bottom of European milk price survey 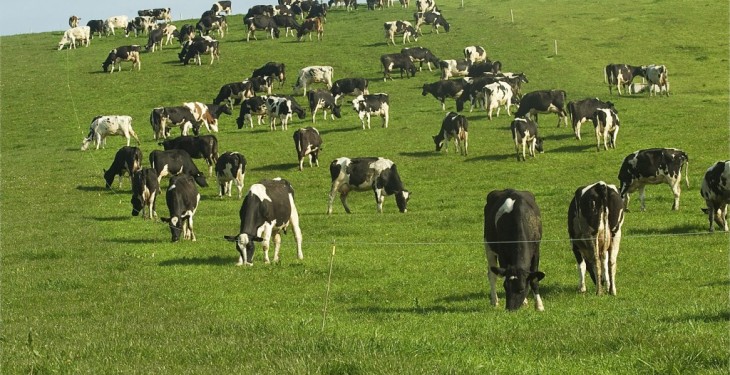 Latest figures released by the Dutch Dairy Board (LTO) show major Irish milk processors lagging substantially behind their European counterparts for April milk prices, according to the ICMSA.

Three Irish processors were included in the league table for April milk price and compared to 12 other processors across Europe.

The results make for stark reading as Irish companies make up the bottom two of the league table, while the third Irish processor featured is sixth from bottom.

While Dairygold – included in these surveys since the start of the year – are second from bottom with €22.56 per 100kg but without any ‘top-ups’ to add to this low price. 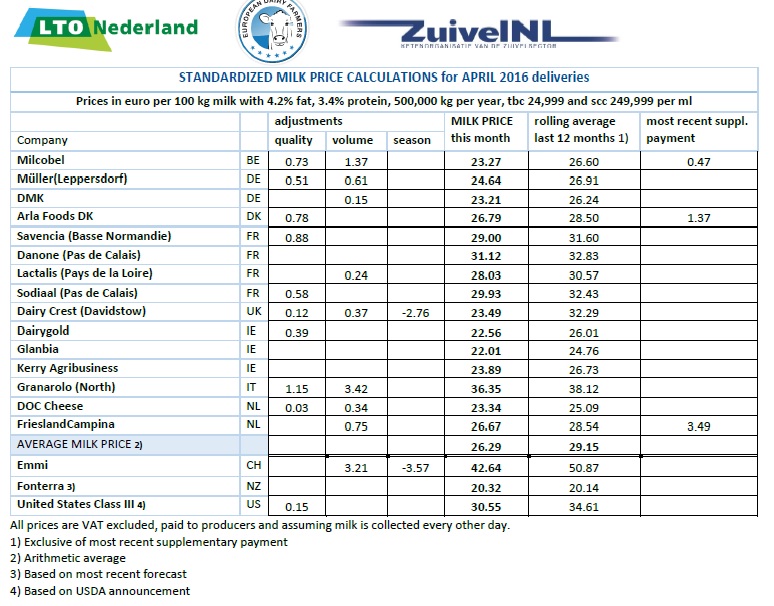 Describing it as a “most unwelcome and dubious achievement” for the Irish processors, the Chairperson of ICMSA’s Dairy Committee, Gerald Quain, said that there had been an uplift in butter prices over the last eight weeks and farmers were justifiably expecting to see prices being held only to now be told that their milk prices – already the lowest featured in this international survey – are to be cut again.

These results for April are not just a statistical ‘one off’ says the ICMSA; the results for the rolling averages for twelve months show that all Irish processors are in the bottom five of the league.

“These differentials needs to be eliminated and quickly if Irish dairy farmers are to have confidence in their processors,” Quain said.

“Irish farmers are simply looking for a fair reward for their produce and the question becomes: given the excellent quality of our product, how is there such a price differential?

“Markets are low at present, granted, but why are prices in Ireland so substantially lower than other European countries using the same base price comparison?,” he said.

Quain says the question of ‘top-ups’ is a distraction. He says farmer-suppliers are looking at base milk price and wondering why – even before their latest cuts – Irish processors are paying the lowest price of the 15 processors surveyed on a like-for-like basis.

“Questions have to be asked about the scale of these discrepancies: why are Irish farmer-suppliers receiving the lowest prices from our processors who, on the basis of their published results, are doing very nicely while the farmers have now spent a full year receiving a milk price recognised as being below the cost of production.

“We’ll have the usual protestations from the processors about ‘support’ and ‘top-ups’ but the bottom line here is that they’re paying the bottom price of the major EU processors and the facts speak louder than spin”, said the ICMSA Dairy Chairperson.