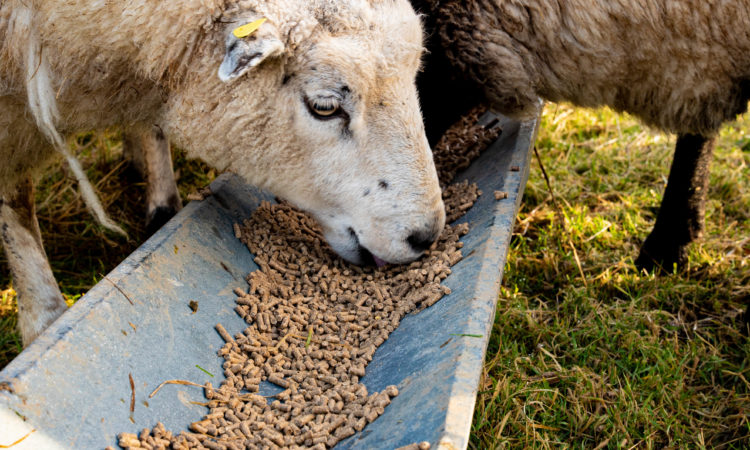 A surprising number of farmers have been purchasing meal containing average quality ingredients making up 40% plus of rations, according to Edward Egan, a drystock advisor with Teagasc.

Edward said: “In the last week, a number of sheep farmers have sent me the ingredients label for their late pregnancy rations. I was surprised to see so many rations with what I would call just average quality ingredients making up 40% plus of these rations.

“This is resulting in rations that are low in energy [below 0.95UFL per 1kg as fed]. There a number of reasons why a compounder might do this. One is to make a ration look like good value for those that only judge a ration on protein percentage and/or price.

Very often the actual energy level in the concentrate is unknown. If you look at the label on the feed bag, you will find its protein percentage clearly shown.

“This adds to the confusion. Some manufactures exploit this lack of knowledge of energy and ingredients by using cheaper average or lower energy ingredients to meet the farmers’ required protein percentage at the expense of energy.” 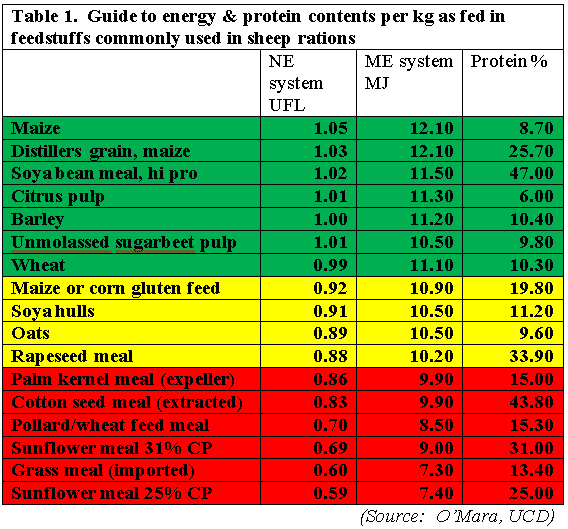 A ewe’s energy and protein needs increase rapidly in the last six weeks of pregnancy.

Edward said that in order for twin and triplet bearing ewes to avoid excessive loss of condition and to produce good colostrum, good birth weights and plenty of early milk you must feed a good quality ration.

When buying a ration, Edward said to not be fooled by the protein percentage.

He explained: “While the protein percentage of the meal is very important it’s not a direct reflection of energy value.

“Not all 18% protein rations contain the same amount of energy. Decide on the protein percentage that you need in late pregnancy (18% to 20%). Then look at the ingredients. Avoid rations containing a lot of average or low energy ingredients.

Make sure to look at the list of ingredients before buying. If there are poor quality ingredients in the ration the closer they are to the end of the ingredients list the better.

“While you may not have the percentage of each ingredient you should be able to judge which ingredients make up most of the ration.

Edward said that including sunflower meal in a ration is going to drag down its energy value.

He explained: “Rapeseed meal which contains a medium level of energy is often used to replace soybean.

“However, soybean is much higher in energy. The energy value of pollard or wheat feed meal is low and varies [0.7-0.77 UFL]. Palm kernel meal is another low energy ingredient.

Sunflower is widely used in sheep rations instead of soybean to increase the protein percentage. Sunflower is a very poor energy source.

“Sunflower meal is typically 30-40% lower in energy than soybean. So including sunflower meal in a ration is going to drag down its energy value.”

“This helps to keep the rumen healthy. The low protein content of citrus (6%) is made-up of soybean. Soybean combines a high energy level with the best quality protein you can get. Soybean is especially useful when you’re feeding lower quality silage or hay.

“While oats do not appear very high up in the list of desirable ingredients, it still has a place in sheep rations when balanced for protein and energy. Corn gluten feed has a medium energy content.” 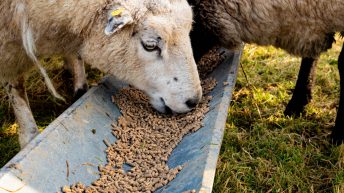