Support us and we’ll support you, says FBD Doherty 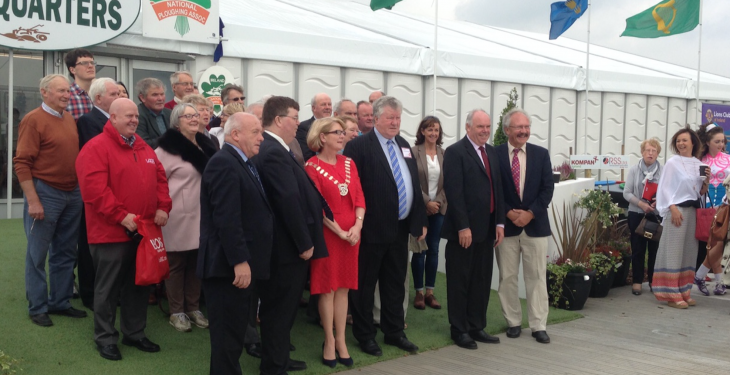 FBD has asked its farmer customer base to remain loyal as it tackles its ongoing financial issues.

Christy Doherty, Head of Farm and Business for FBD, said it has been a difficult couple of weeks for the company.

“We have been in the media for the last couple of weeks and it had been a tough time. We are calling on people to support us as we deal with it.

“There is an industry crisis as there is a lack of profitability in our industry.”

However, he said FBD is a tough group with a strong back bone and is hoping its customer base will be loyal in the coming weeks and months.

“We would ask our customers to please support us and we will support you in your business.” He was speaking at the official launch of the National Ploughing Championships in Ratheniska, Co. Laois.

Host farmer Clive Carter said while it is the third year the site is on his farm, he is looking forward more than previously to this year’s event.

The layout, he said, changes slightly ever year but the 800-acre site remains fundamentally the same as last year. Motoring exhibits are up 20% this year, while the international element is “incredibly strong” according to Anna Maria McHugh, Assistant MD of the National Ploughing Association.