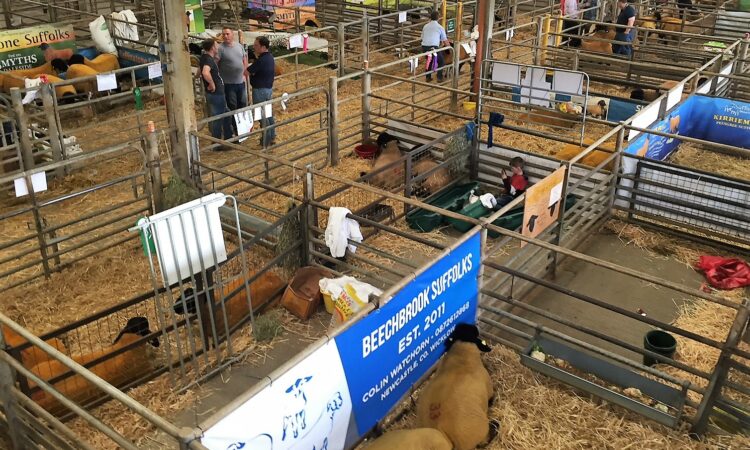 The South of Ireland Branch of the Suffolk Sheep Society held its annual Premier Show and Sale in Roscrea last Saturday (August 4).

Suffolk breeders and commercial farmers from across the country flocked to the annual showpiece, which saw more than 170 sheep pass through the ring.

Buyers from France purchased four ram lambs and a number of very impressed Northern Ireland buyers were very happy to travel to Roscrea to invest in their choice of breeding ram lambs for the coming season.

Topping the sale on the day was Seamus Browne’s son of Lakeview Heart of Gold. Reserve champion male on the day, the ram lamb was purchased by Patrick Donnelly for €4,200.

Susan O’Keeffe’s ram lamb – a son of Forkins Black and White – secured the second top price on the day at €3,200. Meanwhile, it was also a successful day for Malinhead Suffolks, with a ram lamb selling for €3,000 and another for €2,600.

The champion of the show, bred by AJ & JA Lucas, sold for €2,000. The January-born son of Oakbridge Maximus was purchased by James Rooney.

Meanwhile, champion female was awarded to Philip Lynch’s daughter of Rookery Rodeo. The January-born lamb sold for €1,200. Jeffery and Robert Thornton were awarded the reserve female title. Their shearling ewe later sold for €1,000.