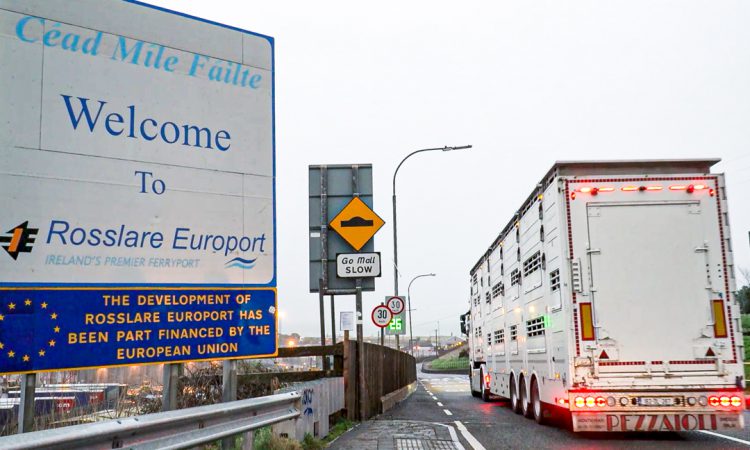 “A strong live export trade is essential for Irish agriculture in terms of price competition and alternative market outlets.

As an island nation in the EU, Ireland must insist that we have full access to all markets for our livestock.

Cullinan stressed that Irish live exports operate to the highest animal welfare standards in the world.

He noted that the Minister for Agriculture Michael Creed, and the Department of Agriculture, Food and the Marine, “have made it clear that Ireland operates to the highest standards – not just EU standards, but EU-plus standards”.

“Minister Creed has consistently pointed out that the Department of Agriculture inspections ensure that ‘the highest animal welfare standards are strictly complied with during transport of live cattle’,” Cullinan said.

The Government has “very detailed and specific research” from Teagasc Grange which proves that the highest welfare standards exist under the current live export regulations, Golden said.

The IFA’s comments come amid ongoing talks between the three political parties for government formation.

The Green Party has repeatedly stressed that an annual greenhouse gas emissions reduction of 7% is a “red-line issue”.

On Saturday, June 6, a source told AgriLand that both larger parties are “holding firm” against Green Party demands for a ban on third country live exports – which has also been described as a “Green Party red-line” in some reports.

Agriculture will come under the spotlight of the negotiating teams today, Wednesday, June 10, in further detail. Stay tuned to AgriLand for more updates on the matter.