Storm Ophelia wreaked havoc in maize fields across the country on Monday (October 16). Farmers and contractors were expecting big yields and a high-quality crop this year.

Crops looked outstanding throughout the season and were just coming ripe when the ex-hurricane knocked them to the ground.

Michael Quigley, an agricultural contractor, was cutting maize in Arles, Co. Laois on Wednesday last. The storm-battered maize was proving difficult to take in and a lot of patience was required.

The Kildare-based contractor told AgriLand that crops were only just coming ripe when the storm hit.

“Last Monday was our first day out cutting maize. There’s a lot of maize cut down the country but it’s later to ripen up this way. Farmers were holding out to cut it and even delayed cutting last week. The storm has changed people’s minds now and everyone wants it cut.

It’s very difficult to cut and there’s going to be a big loss for the farmer. It’s also taking us two or three times longer to do the job than it should.

“We have to cut cross ways; we’re going with the lie of the crop. The maize header is designed to cut standing, clean crops of maize – it’s very frustrating.” 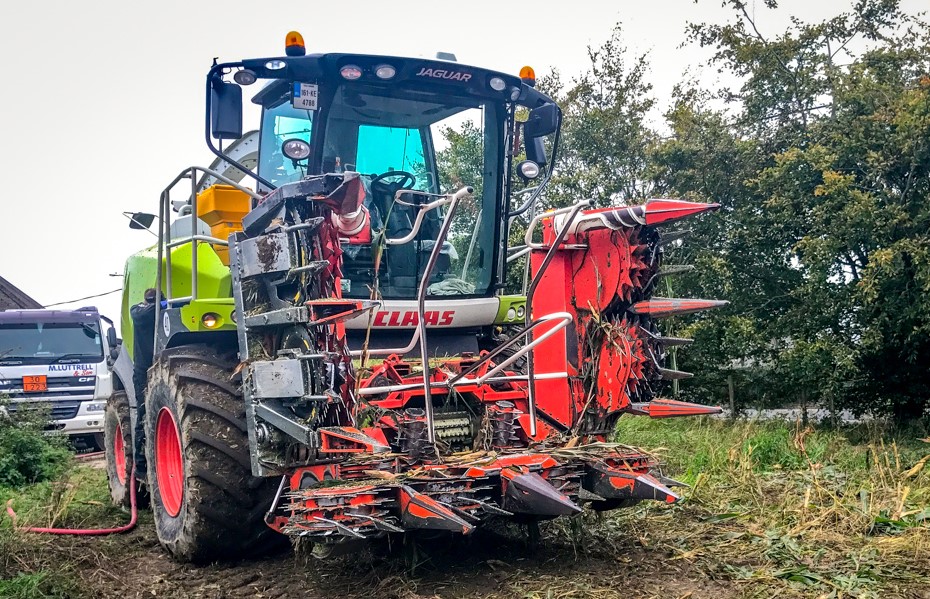 Quigley was clearly frustrated looking into the maize that he had planted under plastic last spring.

He said: “Ground conditions are good and crops are good. They’re probably the best crops that I’ve seen in the last ten years or more; but there will only be an average yield now. The storm took the good out of it. It’s a shame. It’s a real pity to see a good crop lying on the ground.

It’s good quality and it’s only barely ripe. It’s only at the stage that it could be cut. It was destroyed on Monday. The quality is good, the cob is massive, everything was there except the weather.

“I know contractors down the country and they were getting 21-24t/ac. I’d have no doubt that this crop is a 25t/ac crop, but I’d say the farmer will be going well to get 18t/ac,” he explained.

There was a lot of hype about maize this year. Many involved in the industry have been expecting to see an increase in the acreage of the crop being sown in years to come.

The recent storm has shown the risk involved in the crop. Quigley has seen how the weather can affect the acreage sown in the past.

“Maize fell back a few years ago. We had a bad year and it hit the acreage on the head. It’s an expensive crop to grow because nearly anyone that’s growing it is growing under plastic. To grow it like this and to be at a loss – it’s serious.

“Up to this week I was very optimistic about maize for next year. I was talking to farmers during the year that were going to grow maize next year – I’d say that’s gone out the window. There’s nothing to say that this won’t happen again next year.” 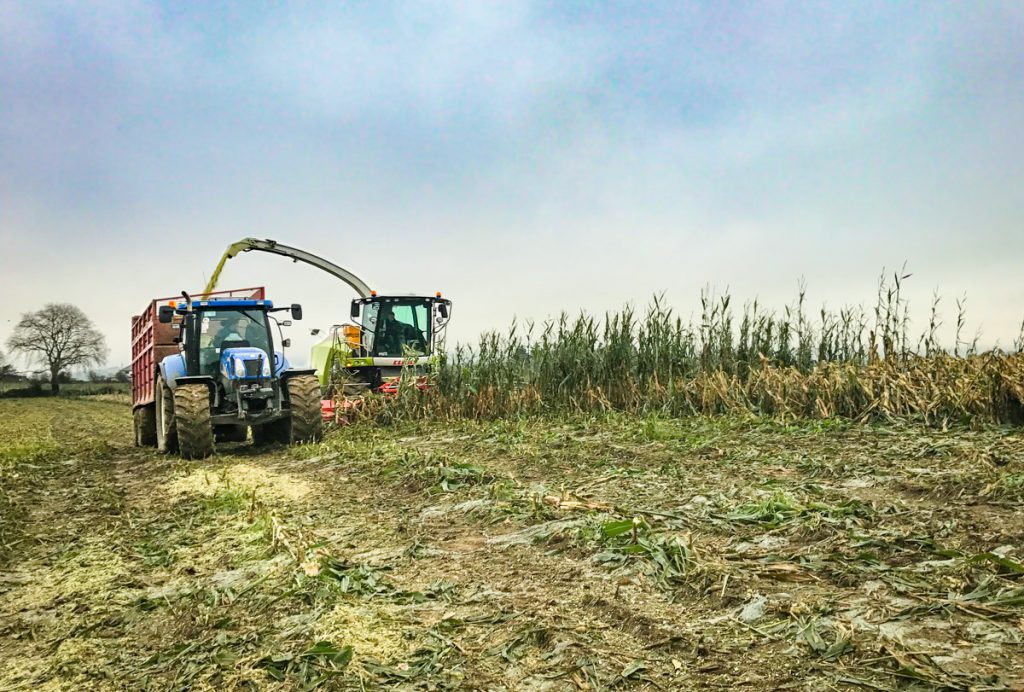 Sowing maize in the open

Quigley sows a certain amount of maize in the open. This can reduce the cost of growing to the farmer and take some of the risk away. However, yield, quality and harvest date can be affected.

We still sow some maize without plastic. We’re definitely seeing better crops where we have sown under plastic.

“But economically, I don’t know how much better off the farmer is. It’s hard to know if the plastic is paying for itself.

“You definitely have a better starch yield, the cob is better and you have a deeper grain in the cob. The biggest advantage of growing under plastic is the higher dry-matter yield and the fact that it ripens earlier.

“We have maize to cut that was sown in the open and it won’t be cut for another fortnight. The plastic brings it in a bit earlier, especially in a bad year,” Quigley said.

Claas were having a demonstration of their Jaguar 970 harvester in the field on the same day. The crop lying in front of the Kildare man wasn’t encouraging him to buy a new one. While he was glad to have the extra machine working for the day, the contractors now face into a very difficult maize harvest.

“Having the demo harvester today is a big help. But it’s leaving shortly, so we’ll have a lot of maize to cut on our own,” he concluded.