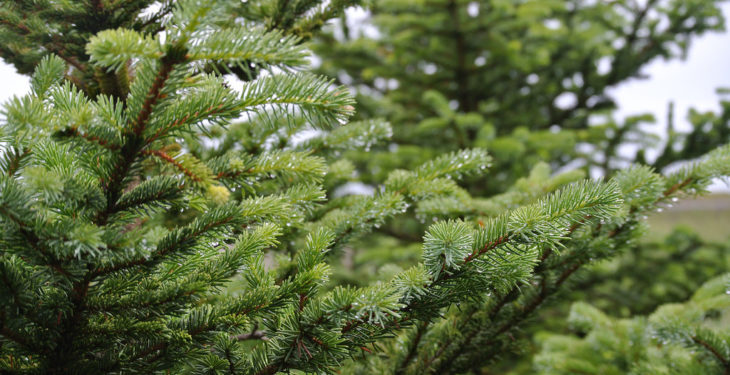 Small minority protestor groups need to “stop spreading misinformation about Sitka spruce forestry” which is a “farming crop just like any cereal crops grown throughout Ireland” according to Forest Industries Ireland (FII).

Director of FII Mark McAuley said that managed forests are an important asset for the state.

FII recently hosted a webinar for over 200 architects and engineers entitled ‘Are we entering a timber revolution’ which heard from Irish and international speakers about how timber will become a mainstream construction material in the years ahead, both in homes and in large-scale apartment buildings and offices.

McAuley said: “There has been some criticism of Irish spruce forests and the value of the timber they produce. Let’s set the record straight here and now.

“Research at home and abroad confirms the suitability of Irish timber for use in both timber frame housing and the cross-laminated timber components that are used to build large timber buildings such as offices and apartments.

We grow exactly the right kind of trees to meet the needs of timber construction. This is a major trend – the move to environmentally-friendly, low carbon construction-using mass timber.

“We are lucky to have these forests and the timber they produce. To say that our forests produce poor quality timber is completely wrong – this is exactly the timber we need,” he said.

McAuley added: “Ireland’s forests are absorbing millions of tonnes of CO2 and are helping to lead the way in the fight against climate change; in fact they absorb the yearly CO2 equivalent of that emitted by 1.67 million cars or 655,000 homes on top of long-term carbon capture.”

The FII director added that Sitka spruce in Ireland is the workhorse of the forestry sector and is a big ticket item in fighting climate change with the backing of the United Nations (UN), wildlife broadcaster David Attenborough, the World Wildlife Fund (WWF) and the World Health Organization (WHO).

Forests are a natural carbon capture and storage system that will benefit the whole world for generations to come; they clean the air that we breathe.

The organisation states that trees suck up carbon as they grow, lock it into timber products and displace less environmentally-friendly products.

McAuley stated: “Irish timber supply is going to double in the years ahead as our forests mature. Research now shows that this timber can be used in cross-laminated timber components and can thus be at the heart of our apartments and offices of the future.

“We have great competitive advantages with the timber that we produce. The trees here grow much faster than in colder climates, so we are very competitive in the marketplace.”

According to McAuley, more than 56.4 million cubic metres of timber will be harvested in Ireland in the next 10 years.

“That’s 56.4 million tonnes of harmful CO2 locked away. At least half of the mass of timber will be sequestered in long-life timber products that could go to building our homes.

“Ireland has the best conditions in the world for growing trees backed by a world-class forest industry,” he added.

Houses all over the country are built with our Sitka spruce which is often compared to the Friesian cow for the Irish dairy sector, given the thousands of jobs it has helped to create in rural Ireland.

The move to timber has accelerated across Europe, North America and the world which will treble in the next 10 years in the UK alone, according to FII.

The organisation said that Ireland needs to come up to speed with this trend and promote the use of more timber construction.

“Local authorities have been at the vanguard and we now need to see more timber homes, schools, offices and apartments,” according to FII. 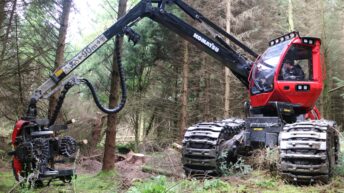