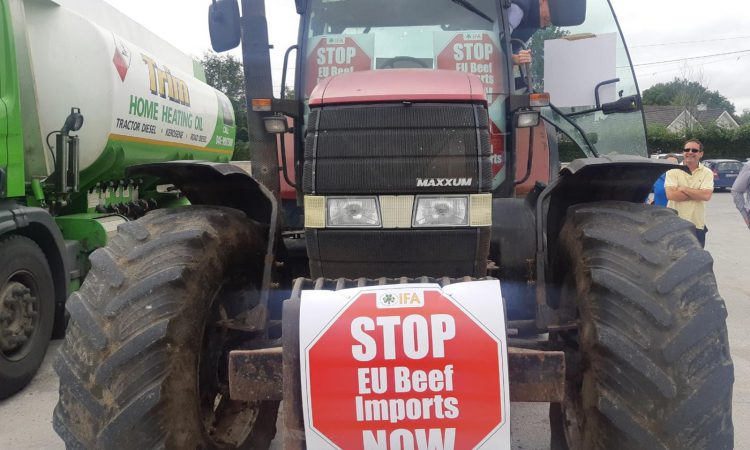 A protest by the Irish Farmers’ Association (IFA) has got underway in Co. Meath, calling for the “scandal” of “substandard beef imports” to be halted.

Members of the association’s National Council and Livestock Committee gathered outside the EU Food and Veterinary Office (FVO) in Grange, Co. Meath, where Joe Healy, the president of the IFA, said that the “crisis” in the beef sector is being “compounded by substandard imports coming into the EU”.

“The situation is now intolerable for farmers, and solutions must come from Brussels and the Irish Government,” he argued.

“The first move by the EU must be to stop substandard imports, which are undermining the EU beef market.

“While farmers have rightly been outraged at the recent EU-Mercosur trade agreement, which has yet to be ratified, the real scandal is that significant quantities of substandard beef from Brazil are already coming onto the EU market,” said Healy.

According to the IFA president, beef in Brazil is being produced using substances and practices that are “illegal in the EU” – a situation he described as “unfair competition”.

He also highlighted that the Meath-based FVO found in 2017 that “written guarantees” from the Brazilian authorities were “not reliable”.

Healy said that: “The facts are: 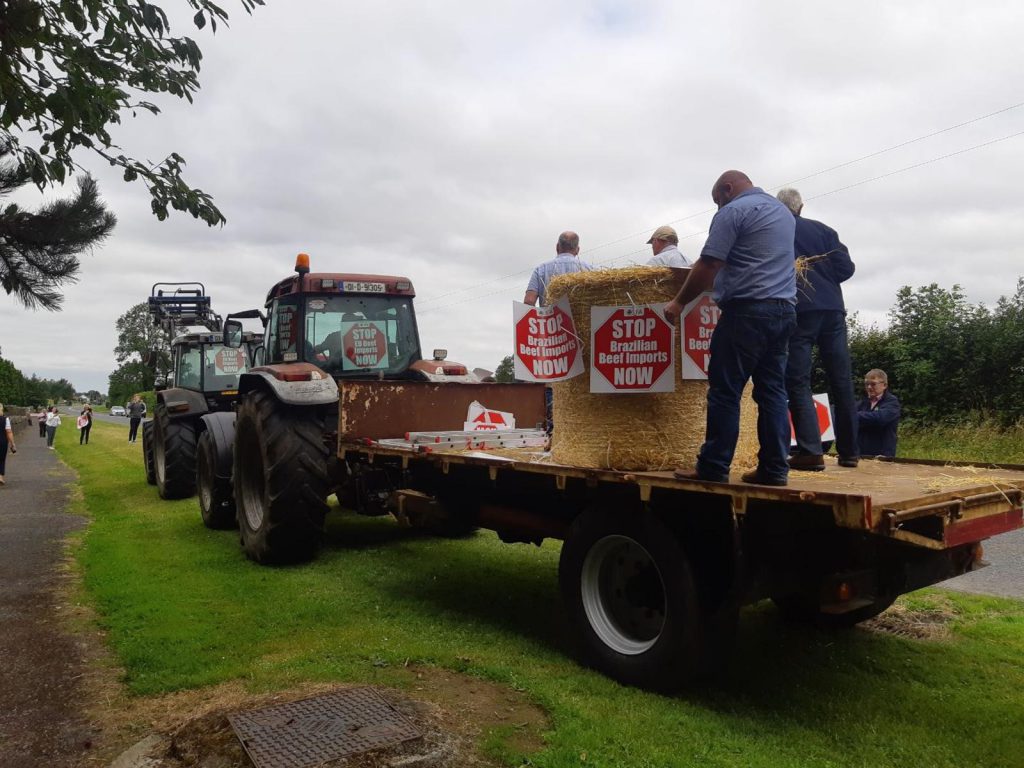 As part of today’s protest, the IFA is also “demanding” that the European Commission make €1 billion “immediately available” in direct aid and market supports.

As well as that, the other measures being sought by the association are: an immediate ban on South American beef imports; a further fund to compensate farmers who supplied cattle post-May 2019; and a campaign to promote EU beef production.

Angus Woods, chairperson of the IFA Livestock Committee, was also on hand in Co. Meath today, saying “Commissioner [of Agriculture and Rural Development] Phil Hogan has consistently said the commission has the tools to address market disturbance. 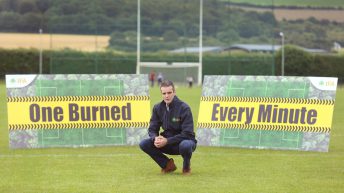