A tractor and trailer worth in excess of €70,000 that was stolen in Co. Laois earlier this month has recently been recovered, over 200km away from the farmyard where the theft took place.

A Massey Ferguson 6480 – registration number 12-LS-1137 – along with a red 20ft Broughan grain trailer, with a yellow roll-over cover and over-sized field tyres, were stolen from a farmyard near The Rock, Mountmellick, Co. Laois, on Friday, January 12. 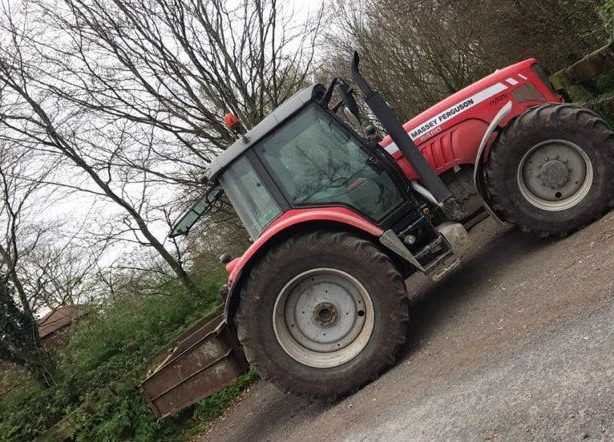 The tractor and trailer were recovered in recent days

It is understood that the theft occurred between 7:45pm and 8:00pm on the night in question. The tractor-trailer combo was noticed missing at 8:30am the following morning.

The farm machinery was taken from a locked shed, driven through a field at the back of the farmyard and out through a gate further down the road.

Utilising CCTV to track its movements, the tractor-trailer combo was spotted driving through Mountrath in Co. Laois shortly after it was taken and – later that night – in Birdhill, Co. Tipperary; a distance of almost 100km.

It is thought that the thieves must have failed in a bid to unhitch the trailer from the tractor, as the lights on the back of the trailer weren’t switched on when it was picked up on CCTV.

In a bid to raise awareness about the theft, the farmer who owned the machinery – Rory Doyle – posted images of the tractor and trailer on Facebook. 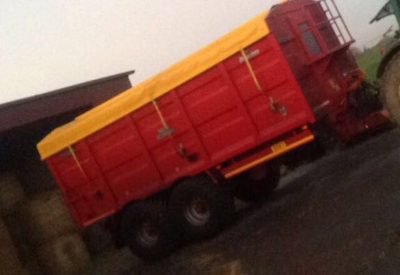 It has been confirmed that both items have been recovered by Gardai in west Co. Clare in recent days.

Doyle and his family would like thank the public for all of their assistance in helping to recover the stolen tractor (valued at between €55,000 and 60,000) and the trailer (worth in the region of €20,000).

The theft is currently under investigation by Gardai. Anyone with any information relating to the crime is asked to contact their local Garda station.