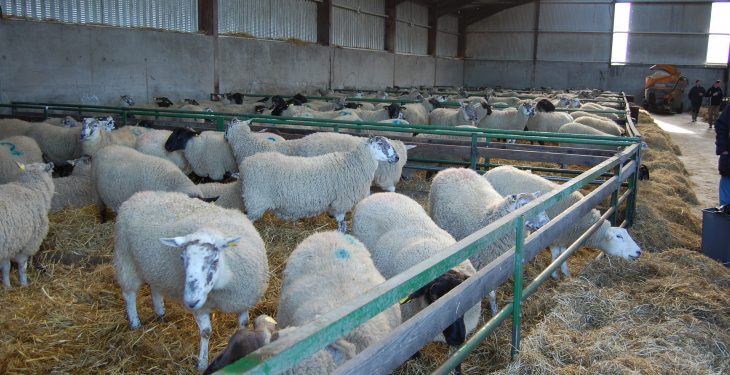 Energy is the first limiting factor in the late pregnancy diet of a ewe, according to Gain Feeds’ Martin Ryan, but protein also has an important role to play.

The Gain Feeds Technical Specialist spoke at a recent information evening, where he said protein supply is critical to colostrum quality, quantity and subsequent milk yield.

In the last four weeks prior to lambing, he said, the ewe’s energy requirement will be 1.8-1.9 times maintenance, while the amount of protein provided needs to increase to ensure adequate colostrum production.

Soya Bean Meal protein is by a mile the best protein for getting milk out of ewes, the rest are not going to deliver the same results as they are not as digestible.

On the importance of colostrum, he said, figures from the Regional Veterinary Lambs show that 65-70% of the lambs presented have not received adequate immunoglobulins from colostrum.

Ryan also touched on the issue of trace element deficiency and cited work from Teagasc which shows that Irish soils are low in Zinc, Copper, Iodine and Cobalt – four elements that effect immunity in the animal.

“When you vaccinate, if your mineral status is low the response to the vaccines are also low,” he said.

The Gain Feeds representative also touched on a number of the main issues that effect ewes in late stages of pregnancy.

As the name employs, he said, Twin Lamb Disease mainly impacts on ewes carrying multiple lambs and the more lambs they carry the more likely it is going to be a problem.

“Its effectively the same as Ketosis in cows and it is really driven by a deficiency in energy. The energy concentration of the diet isn’t good enough and the solution is to increase energy.

“It occurs predominately in the period right before lambing when the lambs are growing at their most rapid levels in the uterus.

“When a ewe goes down with Twin Lamb Disease, it is difficult enough to get them to recover and you need to put in a glucose source or something that will lead to glucose production.

It is an indication that the ewes are short of energy.

Hypocalcaemia is like milk fever, he said, but unlike cows it happens right before lambing as the growing lambs pull calcium from the ewe.

“The ewe tends to go down and become lifeless. It can be triggered by high levels of Magnesium.”

Ryan said the symptoms of Twin Lamb Disease and Hypocalcaemia look pretty similar so it is important for farmers to know what the actual problem is. 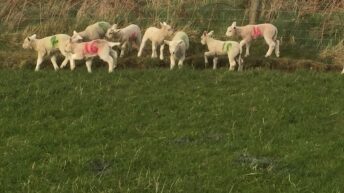