‘Sourcing milking buffalo in Europe is a challenge’ 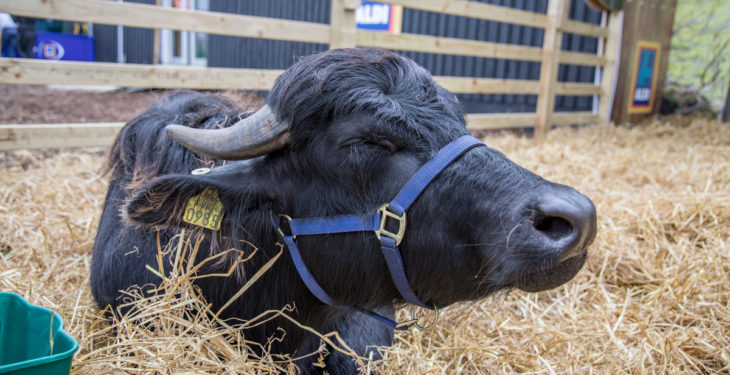 Johnny Lynch, the Macroom man behind Ireland’s only milking buffalo herd at present, had reason to don a ‘cheesy smile’ recently as he stood among the Irish winners at the annual World Cheese Awards, in London.

More than 3,000 entries were judged in a single day at Tobacco Dock.

Driven by low milk prices in 2009, Lynch made the decision to swap his 50-strong Friesian herd for milking buffalo – which he sourced in northern Italy.

He upgraded the parlour and built a new cheese plant in 2015. Ten people are now employed between the farm and the company.

We could double our cheese production. People are starting to realise the health benefits of buffalo milk. However, our biggest problem is trying to source in-calf heifers.

“We have land and a farmer secured for collaboration, but trying to source milking buffalo in Europe is challenging at the moment.

“Bluetongue is an issue in Italy; and we want to be sure we are bringing in healthy stock, even if it means we have to delay growth plans,” he said.

Entries from 35 countries were judged at the 30th anniversary edition of the World Cheese Awards, which formed part of this year’s Taste of London Festive Edition.

Kieran Moylan, managing director, said that although the company is in existence for a short number of years; it is a multi-world cheese award winner – it also claimed gold for its mozzarella in 2016.

This seal of approval has added great value to our business and brand in terms of credibility; it will open doors to our products for new retailers in the export markets.

The team, including cheesemakers Sean Ferry, Dan McCarthy and Radek Malinowski, celebrated the win with a night out in Ballydehob, in west Cork, earlier this month.

The company has been supported since its inception by Udaras na Gaeltachta.

“Horgan’s Delicatessen has been amazing in the support and assistance it has offered unconditionally from the start. Aldi introduced Macroom Buffalo Mozzarella to its stores within a month of the company going into production.

“Aldi was the first supermarket to approach us, offering to sell our own brand artisan Irish made buffalo mozzarella,” Moylan said.

The Macroom buffalo product is now available in restaurants and wholesalers as well as retailers including Tesco, SuperValu and Dunnes’ Stores. Meanwhile, the buffalo meat is sold at Scallys’ SuperValu, Clonakilty and selected butchers around the country. 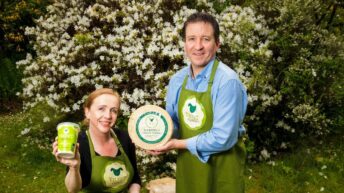