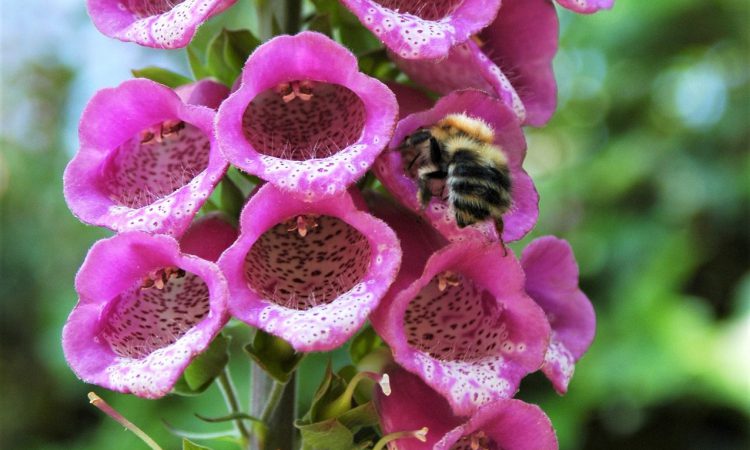 Pollinators are in decline, with one-third of our 98 wild bee species threatened with extinction from the island of Ireland.

According to the report ‘Working together for biodiversity: Tales from the All-Ireland Pollinator Plan 2015-2020’, the problem is “serious and requires immediate attention to ensure the sustainability of our food, avoid additional economic impact on the agricultural sector and protect the health of the environment”.

The recently-published reflective report looks at the role farmers have in increasing biodiversity and ensuring pollinator-friendly landscapes.

The report notes that with around 65% of Ireland’s landscape being agricultural land, the long-term success of the All-Ireland Pollinator Plan “hinges on making farms more biodiversity-friendly”.

“Success also relies on properly communicating with farmers, recognising their efforts and in being able to develop pragmatic and realistic mechanisms by which they can help,” the report says.

“In the first five years, working together with farmers, we have made a very positive start.

Some 50 years ago, our farms were pollinator havens. Extensive hedgerows flowered in spring and hay meadows in summer; and well-fed pollinators buzzed around, free from chemicals.

“Hidden within progress there can be downfalls, and one of those is the loss of farmland biodiversity. It’s not about going backwards, but it is about coming together to create a new balance that works for everyone.”

In 2017, the pollinator plan published actions for farmland, “but the challenge remained on how best to engage with busy farmers to bring biodiversity back”.

“We needed a structure that would work for all farmers; that won’t impact on the farm business; that will definitely have a positive impact for pollinators; and most importantly, that rewards farmers for their efforts,” the report adds.

‘Any farm can become more pollinator-friendly’

A group of farmers in Co. Kildare are working on a project called ‘Protecting Farmland Pollinators’, which was granted European Innovation Partnership (EIP) funding through the Department of Agriculture, Food and the Marine.

The project, which is managed by the National Biodiversity Data Centre, runs from 2019 to 2023.

“It’s about scientists and a group of 40 pilot farmers working together to figure out how best to improve things and to structure a scheme that works for everyone,” the report explains.

Some are beef farmers, some dairy, some tillage and some are mixed. Some already had an interest in biodiversity and some did not.

“The aim of the project is to show that any farm, regardless of type or intensity level, can become more pollinator-friendly.

“Based on simple management actions – things like whether they have flowering hedgerow, pollinator-friendly trees, clover meadows or unmown margins – the farmer gets a pollinator score for their whole farm.

“The more of these pollinator-friendly habitats they have, the higher the score and the more they get paid each year. Farmers can see their progress and understand how to improve if they wish.”

John Fogarty, a dairy farmer from Co. Tipperary who features in the report, says he is very fond of the hedgerows on his farm “because of the berries and the leaves changing colours in autumn”.

“Of course, a lot of the berries are just down to the pollinators, which I consider to be very important. I think if we realised all the fruits we would be missing in our hedgerows if we didn’t have pollinators, we might treat them a little bit better,” he says.

The management of hedges has changed greatly since I was a child. When the flails came in, it became much more convenient to cut hedges every year if you wanted to.

“Now we’re used to having very tidy, short hedges, but I think we’ve lost an awful lot of the colour and the wildlife we had back then.

“From continuous cutting, a lot of them have just died out. I also think hedgerows are very important for shelter.

We’ve had a lot of storms over the last number of years and I think a lot of farmyards would have benefitted greatly from hedgerows that provide shelter for their buildings and their stock.

A new pollinator plan for 2021 to 2025 is currently being finalised and is expected to be launched in the coming months. 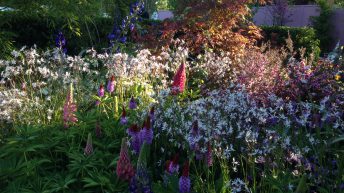