Social farming model projects and agri-food tourism initiatives will be allocated a total of €820,000 in funding this year, the Department of Agriculture, Food and the Marine has revealed.

The department recently announced application details for social farming and agri-food tourism initiatives under the Rural Innovation and Development Fund.

A competitive public procurement procedure has been put in place for applicants. Those wishing to apply for funding under either initiative will have until 12:00pm on Wednesday, July 26, to submit a tender.

A request for tenders was published on the eTenders website and the Official Journal of the European Union on Friday, June 16.

Some €370,000 in funding will be available for at least three social farming model projects that can demonstrate a national benefit, according to the department.

Social farming is defined as the practice of offering, on a voluntary basis, farming and horticultural participation in a farming environment to people who avail of a range of therapeutic day support services.

A total of €450,000 will also be available for at least nine projects supporting agri-food tourism; this funding will be open to rural markets.

Earlier this year, the Minister for Agriculture, Food and the Marine, Michael Creed, revealed that he was pleased to support a number of initiatives that aimed to promote and develop the practice of social farming across rural Ireland.

Social farming allows people, who are availing of a range of health service supports, the opportunity to participate in farming activities in their local area.

“I know that working on farming and horticulture projects has helped many participants to improve their well-being and grow their confidence.

“For participating farm families, social farming has proved a very worthwhile and satisfying activity which contributes to the local community.”

In 2016, the minister awarded funding of €542,325 to two social farming projects as part of a competitive tender process under the Commission for the Economic Development of Rural Areas scheme.

The first project contract was awarded to the Leitrim Development Company to design, develop and implement a social farming network across Ireland with funding of €400,000.

The second project was awarded to the South Kerry Development Partnership, with funding of €142,325 for the provision of a social farming model project with national benefits. 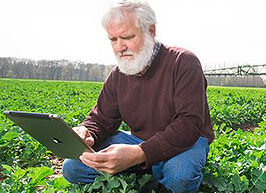 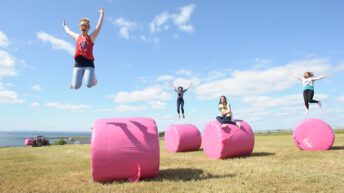 Bales will be dressed to impress for stylish silage contest