Slurry gas is lethal – just one breath can kill 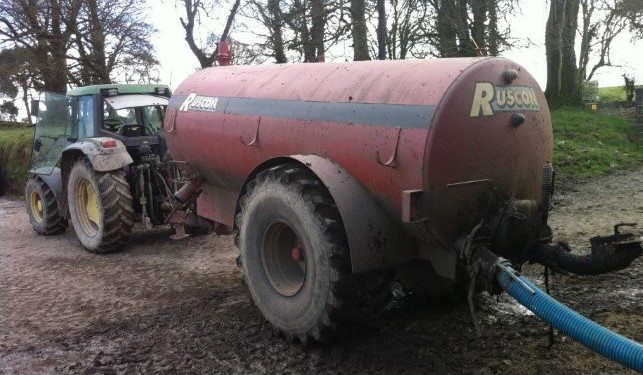 In the wake of recent farm tragedies numerous organisations involved in Irish agriculture have appealed to farmers to take all necessary safety precautions when handling slurry.

The DVD entitled ‘Slurry Gas: The Silent Invisible Killer on Irish Farms’ was produced as a joint venture between the Health and Safety Authority and Irish Rural Link in recent months. The footage shows how toxic gases released during slurry agitation can kill instantly.

The DVD includes a powerful testimonial given by Galway farmer Mr Noel Tierney who talks about the day, in 1993, when his son Fergal died trying to save him after he himself was overcome by slurry gases. The short DVD also outlines advice on safe slurry handling, measures to avoid exposure to the lethal gases and steps to be taken to prevent drowning.

Toxic gases such as Hydrogen Sulphide (H2S), Carbon Dioxide ( CO2), Ammonia and Methane are produced by bacteria during the decomposition of slurry.

Hydrogen Sulphide gas is poisonous to humans and animals. It is Fatal in seconds, one breath is enough, Heavier than air and is found at ground level in confined areas particularly on calm days, Smells like rotten eggs, but high concentrations can’t be smelled,

Gas release is greatest when the crust is broken, in the first 30 minutes of agitation, after silage effluent has been added, after storage for several months.

In Ireland, over 40 million tonnes of slurry are stored, handled and spread each year. In summary, the advice when working with slurry is:
• Check the forecast and only agitate on windy days;
• Remove all livestock and control pets;
• Open all doors and control access;
• Ventilate, stay away for 30 minutes during agitation;
• Work upwind at all times;
• Do not enter tanks even when empty;
• Keep tank opening secure at all times;
• If possible avoid agitating alone; and,
• Use the safety sign available from Irish Rural Link to remind you of the steps.
Agri-Business Slurry
Loading Next Story