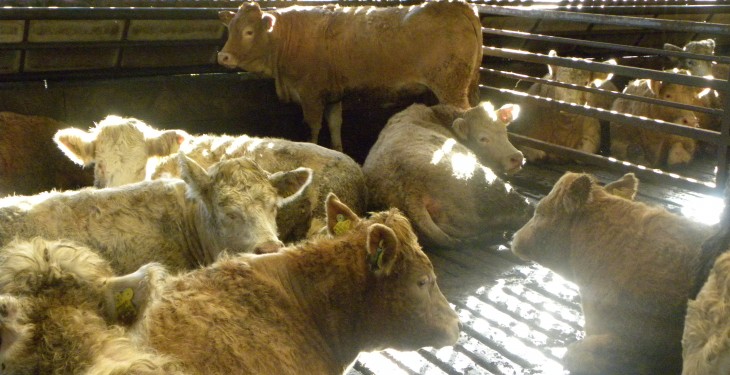 Steers and heifers over 36 months have been quoted a penalty of 60-70p/kg in some Northern Ireland plants while others have indicated that they will pay for them at cow price, according to price analysis by the Livestock and Meat Commission (LMC).

The LMC recently completed recent analysis of over-age cattle prices in Northern Ireland. It found significant penalties for out of spec’ stock.

The LMC says that during 2014 to date in Northern Ireland steers have accounted for 43% of the prime cattle kill, with heifers making up a further 40%. It added that during May 2014 88% of all price reported steers and heifers slaughtered were aged less than 30 months, with a further 10% aged from 30-36 months. This was similar to the corresponding month in 2013.

For those plants that have implemented the new payment structure in Northern Ireland the quoted penalties for steers and heifers between 30 and 36 months of age range from 10-20p/kg.

The LMC notes that analysis of the price reports for May 2014 shows how strictly penalties on overage steers and heifers have been applied.

To facilitate easier interpretation this analysis the organisation based its analysis on R3 grade steers and heifers that are out of spec in terms of age but that fulfil all other required criteria such as grade, weight, FQ status, four farm residences or less and of UK origin.

According to the LMC the average price paid for price reported R3 grade steers and heifers that fulfilled all the in spec requirements during May 2014 was341p/kg.

Meanwhile R3 grade steers and heifers that were aged between 30-36 months, but were otherwise in spec, were paid an average of 334p/kg. This puts the average penalty for cattle aged 30-36 months during May 2014 at 8p/kg. The average price paid for R3 grade steers and heifers over 36 months of age that were otherwise in spec during May 2014 was 299p/kg, 35p/kg lower than the in spec’ price.

The LMC commented that the increase in penalties for out of spec prime cattle, combined with the decline in deadweight cattle prices, have increased pressure on returns from beef production on many NI farms.