The leader of the Sinn Féin party, Mary Lou McDonald, has paid a visit to the Beef Plan protest at the gates of the beef processing facility in Ballyjamesduff, Co. Cavan.

Speaking to the farmers that were protesting, McDonald said: “I came here with no hesitation and we will come back as often as is necessary.” 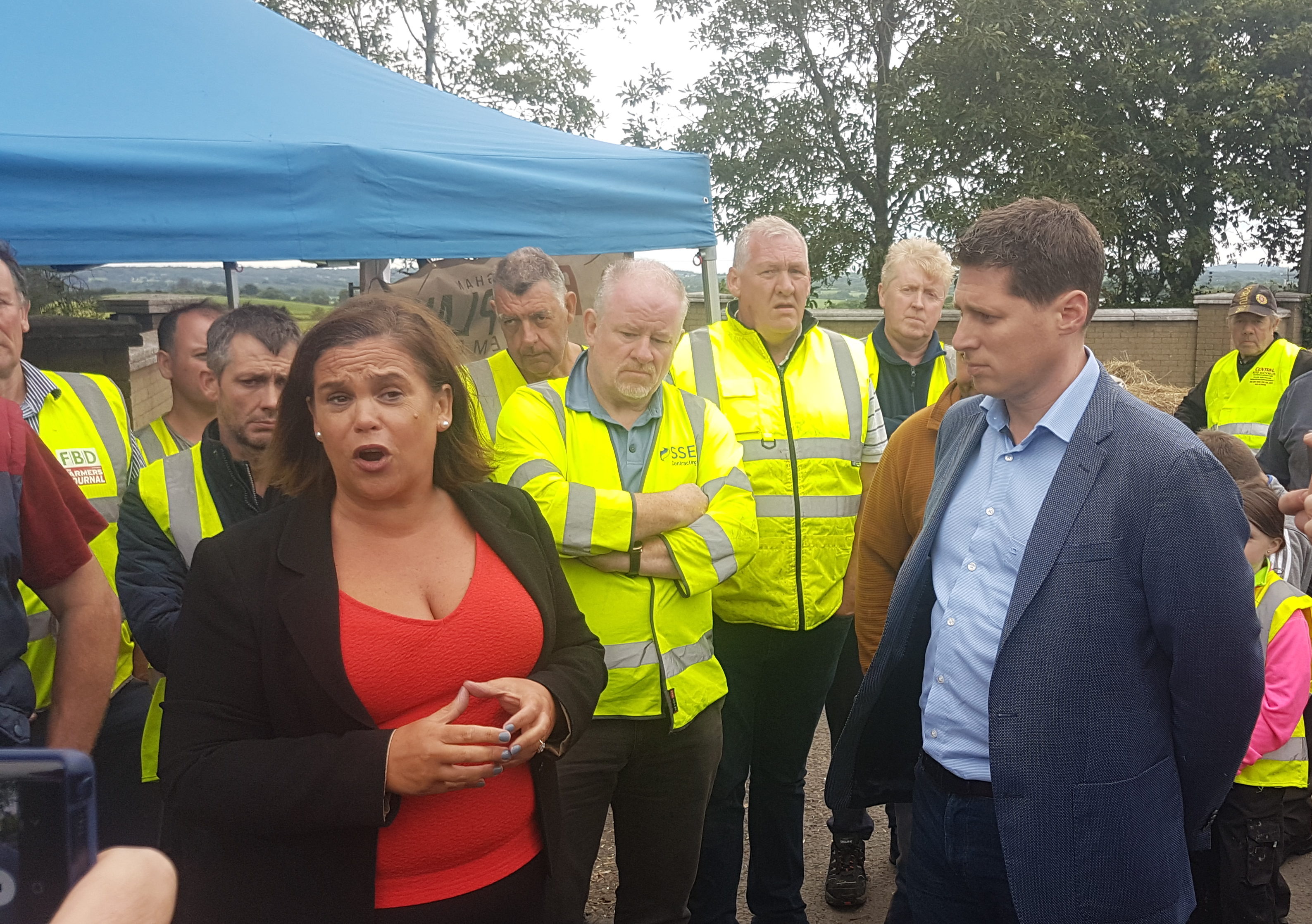 Continuing, she said: “I know this crisis is a very long time in the making. These aren’t new issues – the fact that rural Ireland and the family farm have been under pressure for decades.

The political establishment has looked the other way and has allowed the factories and the beef barons to make immoral levels of profit.

“It’s allowed the retailers to prosper and the farmer to pick up the tab,” she added.

She noted that the Mercosur deal is “still very much in the making and represents a real and imminent threat to beef farmers”.

She said the Mercosur deal “demonstrates the hypocrisy of the Government when it talks about the climate emergency, the environment and climate change”.

Concluding, she said: “Anybody who really cares about sustainability and the environment would understand that we need to move away from big ranch farming and get back to basics and back to traditional farming and the family farm.”