Arbos, a brand that is practically unknown in Ireland, showcased tractors from its new line-up at this week’s SIMA show in Paris.

The tractors are the result of a collaboration between Foton, one of China’s largest tractor manufacturers, and an Italian firm.

The tractors are expected to start popping up at trade shows in the UK and possibly Ireland in 2018.

The 5000 Series comprises three models, from 100 to 130hp. All are fitted with Kohler, 3-cylinder, 3.4L turbo-charged engines, which are Tier IV Final compliant. 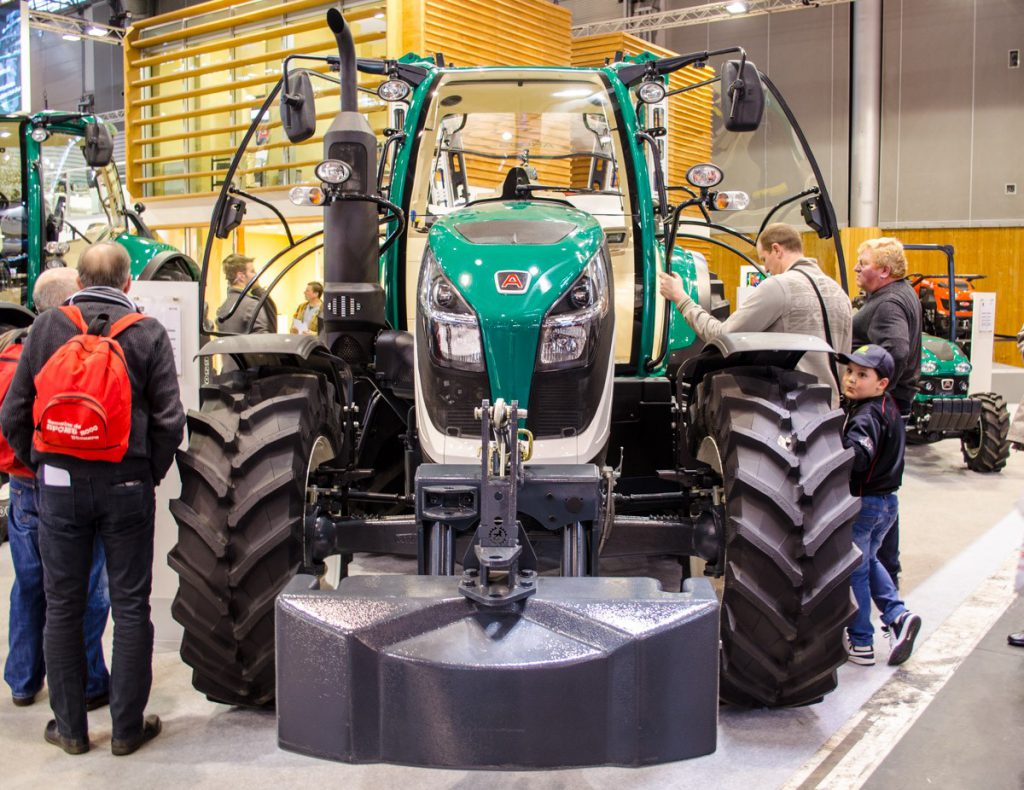 The transmissions are manufactured in-house.

The inside of the cab is reasonably smartly finished, albeit in a strangely light colour for a tractor. Buyers can even opt for a TFT 7in digital display. 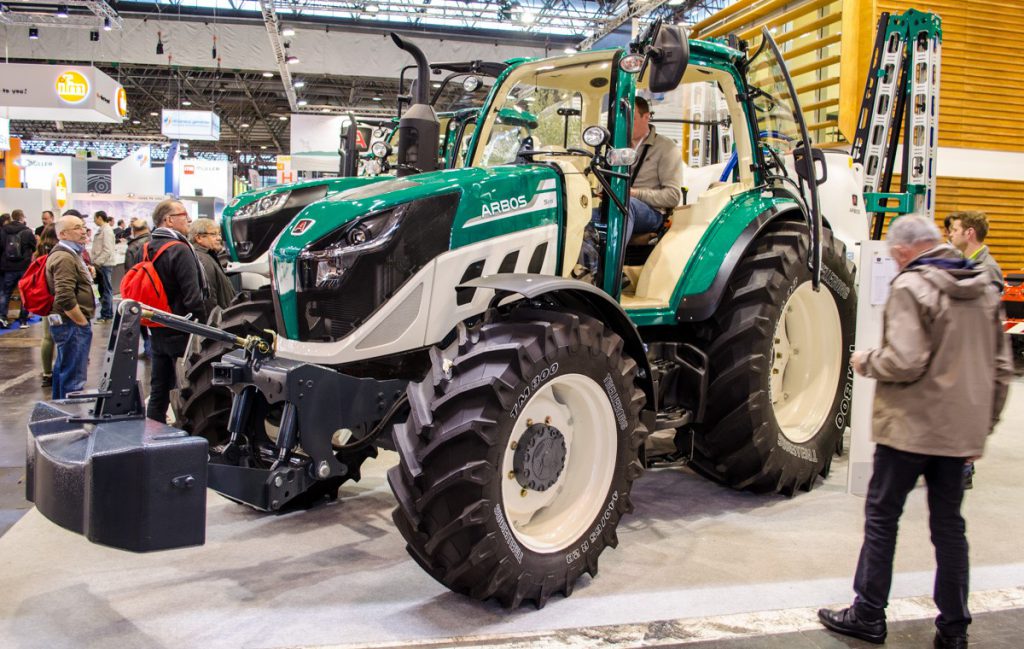 Rear lift capacity is a shade under 4.5t and the hydraulic system has a maximum flow-rate of 110L/min. Up to three double-acting, mechanical control valves with detent, kick-out and float, can be specified at the rear. 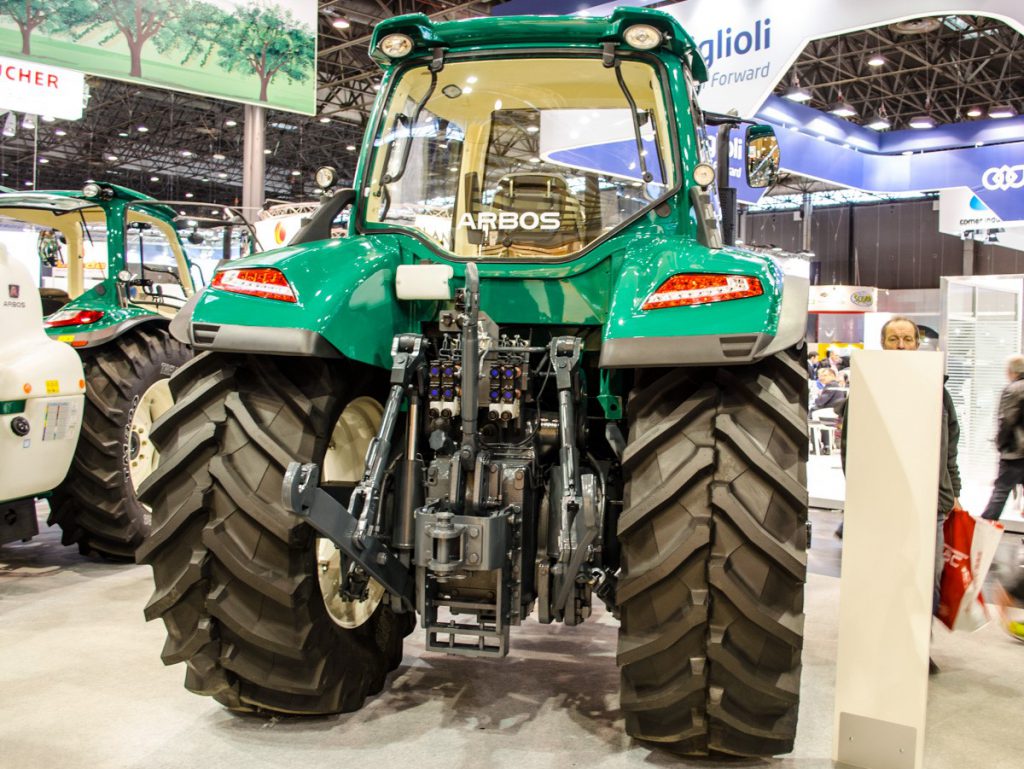 The result of all of this is a range of tractors – the new Arbos line-up.

Unfortunately, Arbos closed in 1994 when it was only four years away from its centennial celebrations. 10 years later, the Chinese stepped in – to resurrect the Arbos brand-name from the ashes.