Silotite trial of latest film is a ‘wrap’ 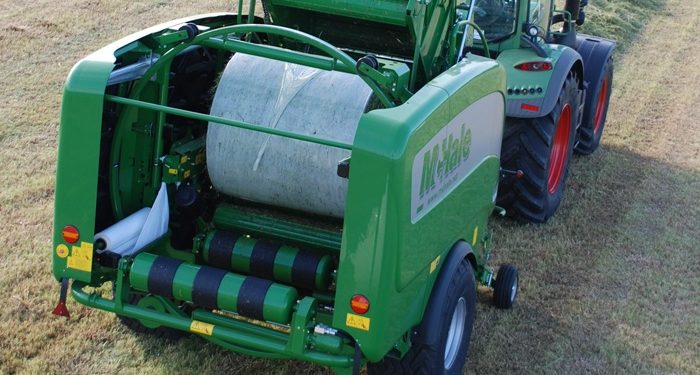 The Film & Film (F&F) baled silage wrapping system will be front and centre at Silotite’s exhibit at the 2017 FTMTA farm machinery show in Punchestown next month.

Silotite says that the number of bales wrapped last season by McHale Fusion 3 Plus baler wrappers, using the F&F system, has doubled over the previous season.

The company claims that “usage looks set to expand rapidly” over the coming years.

The 100% recyclable mantle film replaces the traditional net-wrap, used to bind crops into a bale format.

They used the F&F system on their McHale Fusion. Silotite says that their customers were “delighted with silage quality”.

The claimed benefit of the F&F system is that it reduces the cost of making baled silage and, when applied properly, delivers “mould free” silage.

The system is also claimed to be more environmentally friendly. Both films can be recycled without, for example, having to separate out net-wrap.

Silotite also points to trial results obtained in Britain. These trails, says the company, indicate that a dairy farmer could gain an average of 5.7kg DM (Dry Matter) per F&F bale, so the 67.26MJ ME gained (on average) for each F&F bale could yield an additional 11.6 litres of milk production.

Or for a cattle farmer, each F&F bale could supposedly result in an additional 1.5kg of beef production. Silotite will be on stand number 435 at next month’s FTMTA show.